James Harden scored 49 points, Russell Westbrook added 31 points and 11 rebounds, and the Houston Rockets erased a 14-point deficit and rallied for a 153-149 overtime win over the Dallas Mavericks on Friday at the ESPN Wide World of Sports Complex near Orlando. 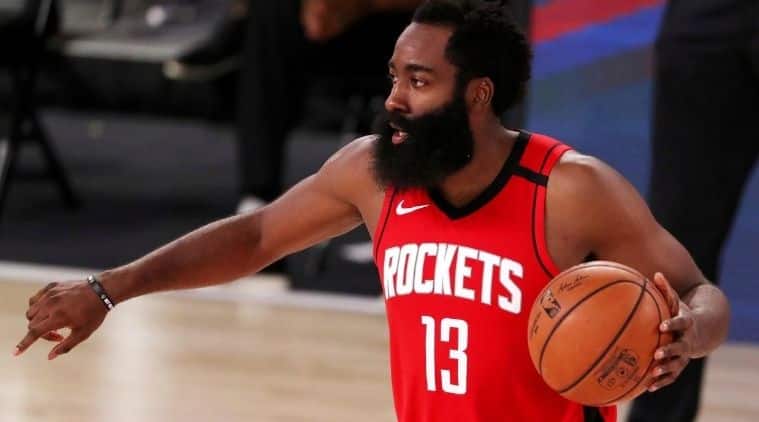 James Harden scored 49 points, Russell Westbrook added 31 points and 11 rebounds, and the Houston Rockets erased a 14-point deficit and rallied for a 153-149 overtime win over the Dallas Mavericks on Friday at the ESPN Wide World of Sports Complex near Orlando.

The Rockets claimed the season series with Dallas two games to one by finally mustering some defensive might down the stretch of the fourth quarter.

Trailing 139-137, Houston got a tip-in of a Harden missed free throw from Robert Covington with 3.3 seconds left to force overtime. Covington, following an 0-for-8 start from behind the arc, added a 3-pointer with 1:22 left in overtime to extend the Houston lead to 150-146.

Luka Doncic recorded his league-leading 15th triple-double with 28 points, 13 rebounds and 10 assists while Kristaps Porzingis paced the Mavericks with 39 points and 16 rebounds. Trey Burke added 31 points on 8-of-10 3-point shooting off the bench while Tim Hardaway Jr. scored 24 points for Dallas.

The Trail Blazers built a first-half lead then surged ahead 75-62 in the third quarter before a 22-6 run pushed the Grizzlies ahead. The game was back-and-forth from there until the Blazers took control in the extra frame.

Rookie Ja Morant, the Grizzlies’ leading scorer on the season at just under 18 points per game, finished with 22 points Friday. He had only two points on 1-of-5 shooting at halftime but came to life to lead the third-quarter run. Morant also handed out 11 assists.

Orlando turned a close game into a rout by scoring nine consecutive points late in the second quarter en route to a win over Brooklyn in what could be a key battle for playoff seeding.

Evan Fournier had 24 points while Aaron Gordon posted a double-double (10 points, 11 rebounds) for the Magic (31-35), who moved past the Nets (30-35) into seventh place in the Eastern Conference. The top seven teams are guaranteed a playoff spot. The eighth-place team advances to the postseason as the final seed if it is at least four games better than the ninth-place team at the end of the regular season. Otherwise, a play-in series will determine the eighth seed.

Nikola Vucevic had 22 points for the Magic. Timothe Luwawu-Cabarrot led the Nets with 24 points, and Caris LeVert had 17.

Booker finished with a game-high 27 points and Deandre Ayton registered a 24-point, 12-rebound double-double for the Suns, who entered the resumption of play with the worst record among the 13 Western Conference teams still alive.

Giannis Antetokounmpo had 36 points and 15 rebounds to lift Milwaukee past Boston in the teams’ first game of the NBA restart.

Antetokounmpo’s double-double was his 19th straight, matching the longest streak in the NBA this season — set by the reigning league MVP himself from Oct. 24 to Nov. 29.

Khris Middleton had 18 points and Brook Lopez added 14 points and six blocks for the Bucks, who bolted out to a 17-2 lead before requiring a late push to seal the win. Marcus Smart scored 23 points off the bench and Jaylen Brown added 22 for the Celtics.

DeMar DeRozan scored 27 points — all but two in the second half — and added 10 assists as San Antonio finished with a flurry to beat Sacramento in the teams’ first game back in action after the league’s stoppage for COVID-19.