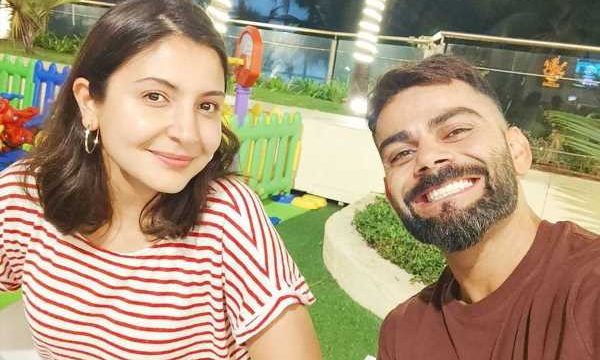 Virat Kohli revealed how he visited a well-known bakery in Bengaluru in March to get Anushka Sharma her favourite snacks.

Referring to the Test against Sri Lanka in Bengaluru in March, Kohli recalled how after the game finished inside three days, he visited Thom’s Bakery to buy puffs for Anushka.

Kohli went unnoticed during his shopping trip as he wore a cap and a mask, which he describes as ‘a liberating feel’.

‘So we finished the Test match in three days. As a lot of people know, Anushka has literally grown in Bangalore, she has so many friends, so many happy memories from the city.

‘She loves Thom’s bakery. As soon as we got back to the hotel, I thought ‘Anushka talks about the puffs there, it is very famous’, it is the most famous thing in Bengaluru apart from the dosa,’ Virat says in a video RCB posted on Instagram, in which he also jokes with host Danish Sait about his golden ducks in IPL 2022 and how he hopes good friend A B de Villiers will be back in some role at RCB next year.

‘I went to Thom’s bakery, I asked security to sit in the car. I had a mask on and a cap because wearing masks was mandatory, so it was the perfect opportunity for me to experience some normalcy. I walked into Thom’s bakery and I promise no one saw me at all, it was such a liberating feeling because people were buying their stuff.’

‘I ordered puffs, I got them packed, I went to the counter and that’s when I actually got nervous because I had my credit card, I didn’t have cash. I gave the guy my credit card and thought ‘This is it, I am gone’. I actually had the security number on my phone ready to dial, like immediately if something happens I will call him straightaway.

‘It was then I realized the fame of the bakery. The guy (at the counter) was so busy with his work, he did not care whose credit card it was. He swiped it, I signed it, I gave him the receipt, he stamped it, he didn’t even read whose name was written on it.

‘I was like, ‘wow, this is amazing’. Nobody recognised me at all.’