Simone Biles said she was getting some pressure from her French coaches Cecile and Laurent Landi to consider Paris and did not rule out the idea. 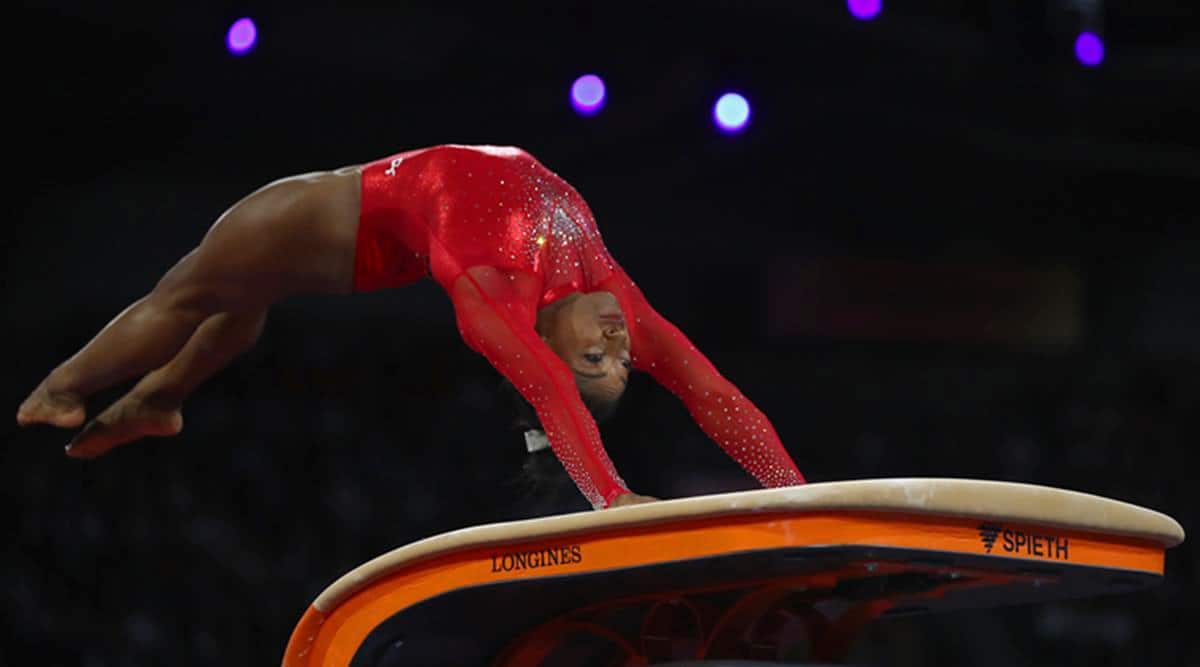 After thinking hard about hanging on another year to compete at the COVID-19 delayed Tokyo Olympics, four-time gold medallist gymnast Simone Biles said on Wednesday she just might stick around for another three years for the 2024 Paris Summer Games.

Winner of the coveted all-around crown along with team, floor and vault gold at the 2016 Rio Olympics, Biles had given every indication that the Tokyo Games would be her competitive swan song.

But the 24-year-old American hinted during her appearance at the Team USA virtual media summit on Wednesday that she might put off retirement and try to compete in Paris in an individual event such as the floor exercise where she is a five-time world champion.

Biles said she was getting some pressure from her French coaches Cecile and Laurent Landi to consider Paris and did not rule out the idea.

“Right now my main focus is the (Tokyo) Olympic Games,” said Biles, who has also won a record 25 world championship medals. “After, we have a tour that has been put together and I am really excited to go around the U.S. with all the girls and do that 36 city tour.

“Afterwards I am not so sure because Cecile and Laurent are from Paris and so they have kind of guilted me into at least being a specialist and coming back.

“But you know the main goal is 2021 Olympics first, tour and then we will have to see.”

The Olympics, delayed one year by the COVID-19 pandemic, begin July 23.