The 37-year-old Pepe Reina, has been brought in from AC Milan on a six-month loan as injury cover by Aston Villa after Tom Heaton was ruled out of the rest of the season with a knee injury. 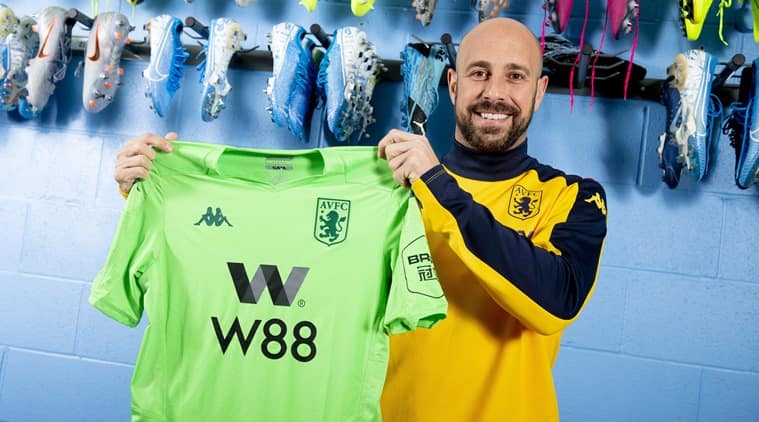 Aston Villa have signed goalkeeper Pepe Reina from Italian side AC Milan on loan until the end of the season, the Premier League club announced on Monday.

The 37-year-old, who also had spells with Bayern Munich and Napoli before moving to Milan in 2018, has been brought in as injury cover by Villa after Tom Heaton was ruled out of the rest of the season with a knee injury.

“We’ve managed to secure a player in Pepe who has a wealth of Premier League experience,” Villa boss Dean Smith said in a statement.

“At the start of the summer we were looking for an experienced goalkeeper and brought in Tom Heaton.
“Unfortunately, his injury has ruled him out for the rest of the season but Pepe fits our criteria not just because of his experience but also because of his leadership qualities.”

READ | Quique Setien must bring style as well as silverware

Villa are 18th in the standings, one point away from the safety zone, and play Brighton & Hove Albion away on Saturday.

FROM BOURNEMOUTH TO MILAN

Bournemouth have said goalkeeper Asmir Begovic has joined Italian side AC Milan on loan until the end of the season as a replacement for Pepe Reina, who has moved to Aston Villa.

Begovic made 24 league starts last season but lost his place to Aaron Ramsdale and the 32-year-old Bosnian spent the first half of the current campaign on loan at Azerbaijan’s Qarabag.

Spaniard Reina, 37, joined Villa on loan on Monday to provide injury cover after Tom Heaton was ruled out for the rest of the season with a knee problem.