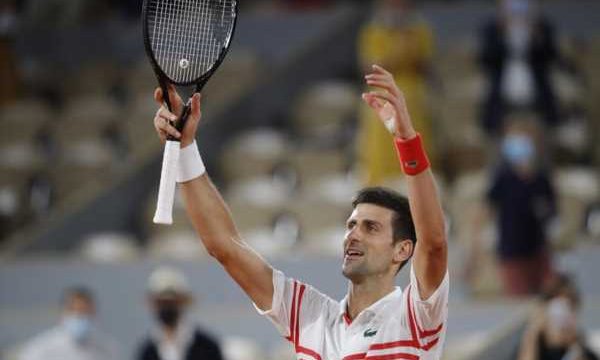 Djokovic will play Greece’s Stefanos Tsitsipas in the final with the chance to move to 19 Grand Slam titles, just one behind the men’s record 20 held by Nadal and Roger Federer.

Novak Djokovic came from a set down in a spellbinding French Open semi-final to inflict only a third-ever defeat on the Parisian clay for Rafael Nadal, moving through 3-6, 6-3, 7-6(4), 6-2 in front of raucous crowd on Friday.

Nadal, bidding for a record-extending 14th French Open title, won the first five games of the match as he looked on course to repeat his drubbing of the Serb in last year’s final.

But world number one Djokovic seized the momentum, winning the second set and then edging a pulsating 97-minute third set on a tie-break, having saved a set point. 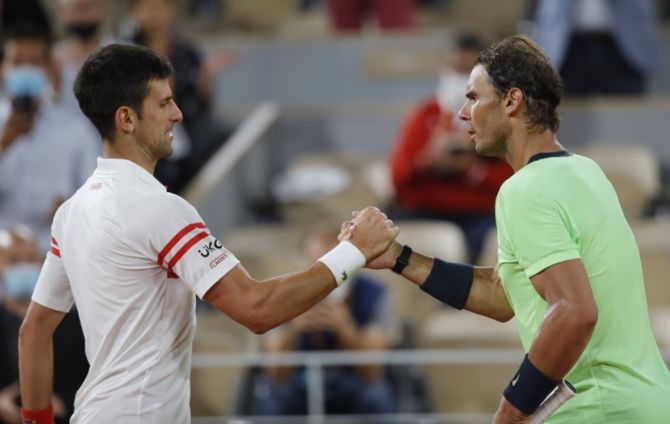 The soccer-style atmosphere created by a crowd of around 5,000 inside Court Philippe Chatrier reached a crescendo towards the end of the third set as the Paris COVID-19 curfew loomed.

Thankfully, the Parisian authorities granted an extension to the 11pm cut-off meaning the magnificent contest could continue to be graced by a live audience.

But there was no reprieve for the 35-year-old Nadal as his seemingly inexhaustible resolve was finally broken. 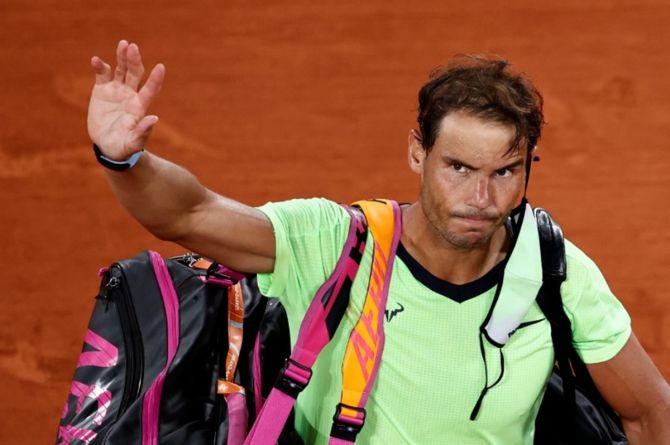 He hung on like the true champion he is but Djokovic, looking fresh despite nearly four hours slugging it out with the world’s greatest ever clay-courter, ruthlessly closed in.

After breaking for a 4-2 lead the end came quickly as he inflicted first defeat on Nadal at the French Open since he beat him in the 2015 quarter-final.

Djokovic will play Greece’s Stefanos Tsitsipas in the final with the chance to move to 19 Grand Slam titles, just one behind the men’s record 20 held by Nadal and Roger Federer. 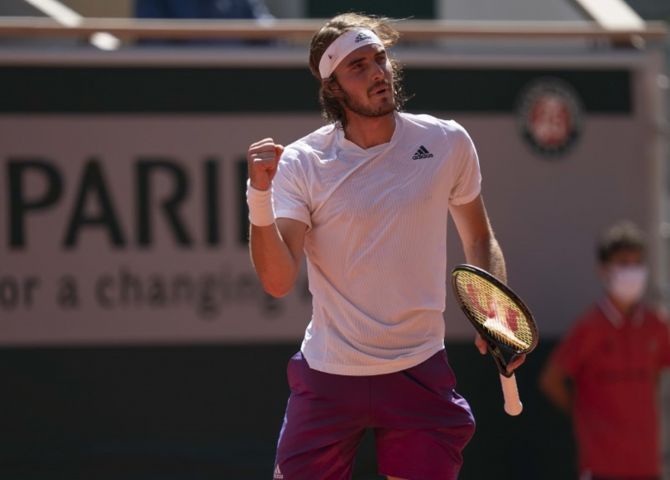 Earlier, Greek fifth seed Tsitsipas staved off a spectacular fightback from US Open runner-up Alexander Zverev for a 6-3, 6-3, 4-6, 4-6, 6-3 victory and a maiden Grand Slam final spot.

Tsitsipas, 22, has long been marked out as a future Grand Slam champion and has already added the ATP Finals and a Masters 1000 trophy to his cabinet. But he drew a blank all three times he reached the last-four stage at a major before Friday’s semi-final.

He arrived for the contest with a 5-2 head-to-head record against sixth seed Zverev and a Tour-leading win tally in 2021 but had to toil hard and dig himself out of trouble on numerous occasions to finally taste victory after three hours and 37 minutes.

The win over the 24-year-old German made Tsitsipas the first Greek to reach the final of a Grand Slam.