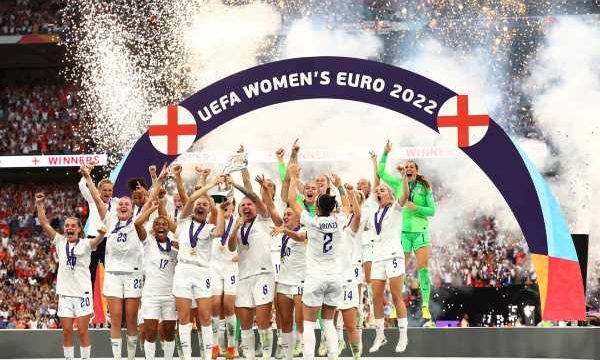 Striker Chloe Kelly scored in extra-time to earn England a 2-1 victory over Germany in the women’s European Championship final on Sunday to claim their first ever major title in front of a record crowd on home soil.

England coach Sarina Wiegman became the first manager to win the Euros – men’s or women’s – with two different nations having led her native Netherlands to the title in 2017. She was appointed England boss in September last year and the side has not lost since.

“I just can’t stop crying. We talk, we talk and we talk and we finally done it. You know what, the kids are alright. This is the proudest moment of my life,” England captain Leah Williamson said pitchside.

Substitute Kelly reacted quickest to a loose ball from a corner in the second period of extra-time to give her side the win and avenge their defeat by Germany in the 2009 Euro final in Helsinki.

“Listen the legacy of this tournament is the change in society. The legacy of this team is winners and that is the journey. I love every single one of you, I’m so proud to be English. I’m trying so hard not to swear.” 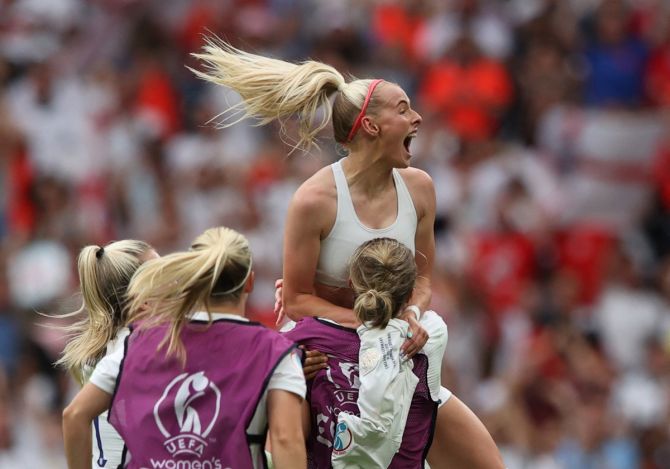 On an unforgettable day for England, the hosts opened the scoring in the 62nd minute through forward Ella Toone in front of a sell-out crowd at Wembley Stadium, the 87,192 attendance a record for a UEFA tournament, men’s or women’s.

Substitute Lina Magull brought Germany back into the game to send it to extra-time but Kelly popped up at the right time to clinch it for England and send the home fans wild.

Germany suffered a blow in the warm-up as striker Alexandra Popp, who had scored six goals in five games in her debut Euros, suffered a muscle injury and had to pull out of the line-up and was replaced by Lea Schuller.

Martina Voss-Tecklenburg’s side missed Popp’s presence in the box but it was a heavily physical encounter that produced a goalless first half. 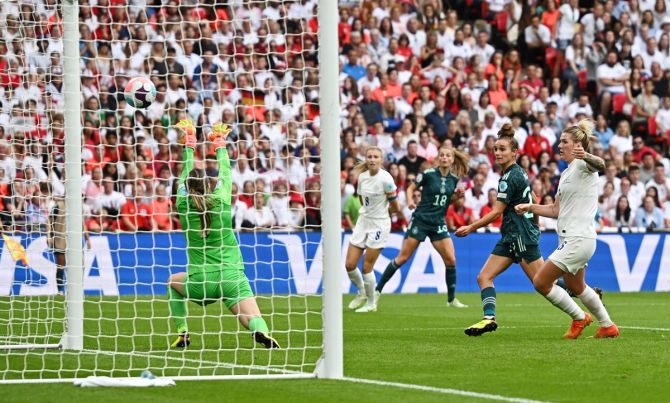 Toone opened the scoring shortly after the hour mark with a beautiful chipped finish, moments after coming on as a substitute.

However, that was cancelled out by Magull who fired in an equaliser from close range 17 minutes later after the hosts had been pushed back by their opponents.

The match finished 1-1 after 90 minutes to take it into extra-time where the atmosphere died down a little as the thought of Germany winning a record-extending ninth Euros crown at the home of English football began to permeate. 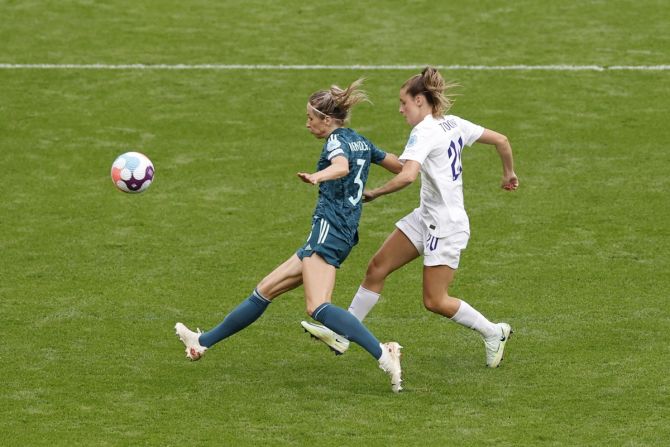 That was until the 110th minute when Kelly, who had moments before urged the crowd to raise their voices and cheer the side on, reacted quickest to stab in the winner and inflict Germany’s first defeat in a major final.

England’s Beth Mead won the Player of the Tournament award for her six goals and five assists, helping her side score a record 22 times during the tournament.

“I am speechless. I’m in shock. I’ve just had a good cry with the family, I wouldn’t be here without them,” the 27-year-old said.