Real Kashmir FC overcame the mental turmoil arising out of the uncertain situation back home as they beat Chennai City FC 1-0 in the Durand Cup on Wednesday. However, the team's co-owner has said they may be forced to move pre-season training out of their home state. 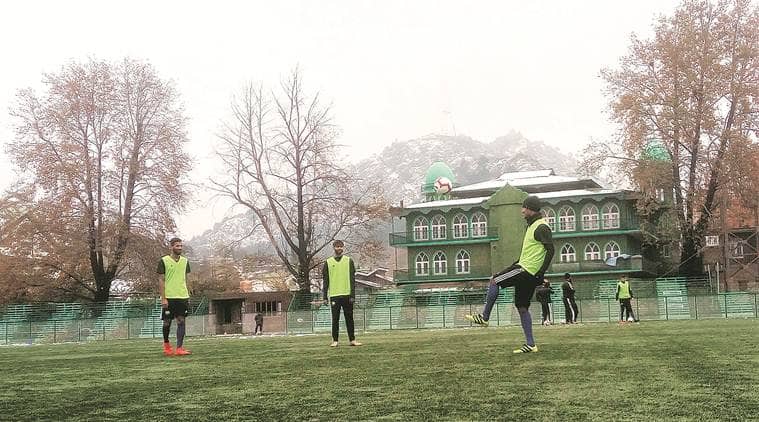 Real Kashmir FC overcame the mental turmoil arising out of uncertain situations back home as they beat Chennai City FC 1-0 through a last minute goal in the 129th Durand Cup fixture on Wednesday.

A Danish Farooq long range strike in the 90th minute gave the ‘Snow Leopards’ a solitary goal win over the Chennai side.

With a lockdown in force in Jammu and Kashmir in the aftermath of the scrapping of Article 370, Real Kashmir assembled for the first time this season on Monday night only to realise they’re cut off from family members back home.

“We play professional football. You have to be professional. These sort of things keep happening. Tomorrow something else may happen. Football teaches you how to tackle these situations and play well despite the odds,” Danish Farooq said, reflecting on the situation back home.

However, the team’s co-owner and chairman Sandeep Chattoo said Real Kashmir FC may hold its pre-season training at either Jamshedpur or Mumbai in the wake of tense situation in the state.

“We will love to go back to Srinagar. But if for any unfortunate reasons, we don’t go back then we have options. We can take the team anywhere and do the pre-season,” Chattoo told PTI here.

“We will just wait till the Durand Cup is over. By that time we will decide whether it will be feasible for us to go back and do the pre-season there before the I-League.”

He further revealed that Real Kashmir had preliminary talks with the Jamshedpur’s Tata Football Academy officials but nothing is official.

“We can go to Mumbai, we can go to Jamshedpur. There was an informal kind of discussion with them and the Tatas have been gracious enough to extend an invitation if required. Nothing official as of now,” Chattoo said.

With the Valley completely locked down following the move, the team members are totally cut off from the region.

“We have absolutely no news about Srinagar as of today. We don’t know what’s happening there because we have no means to communicate with anybody there,” Chattoo said.

“We are a team from Srinagar, so obviously we will dedicate this win to Srinagar,” he concluded.

Real Kashmir play Army Green on August 10 and Chennai City will play FC Goa on August 14, both at Kalyani Stadium.