Rebecca Welch is on FIFA’s international list and has twice been referee for the Women’s FA Cup final, in 2017 and 2020 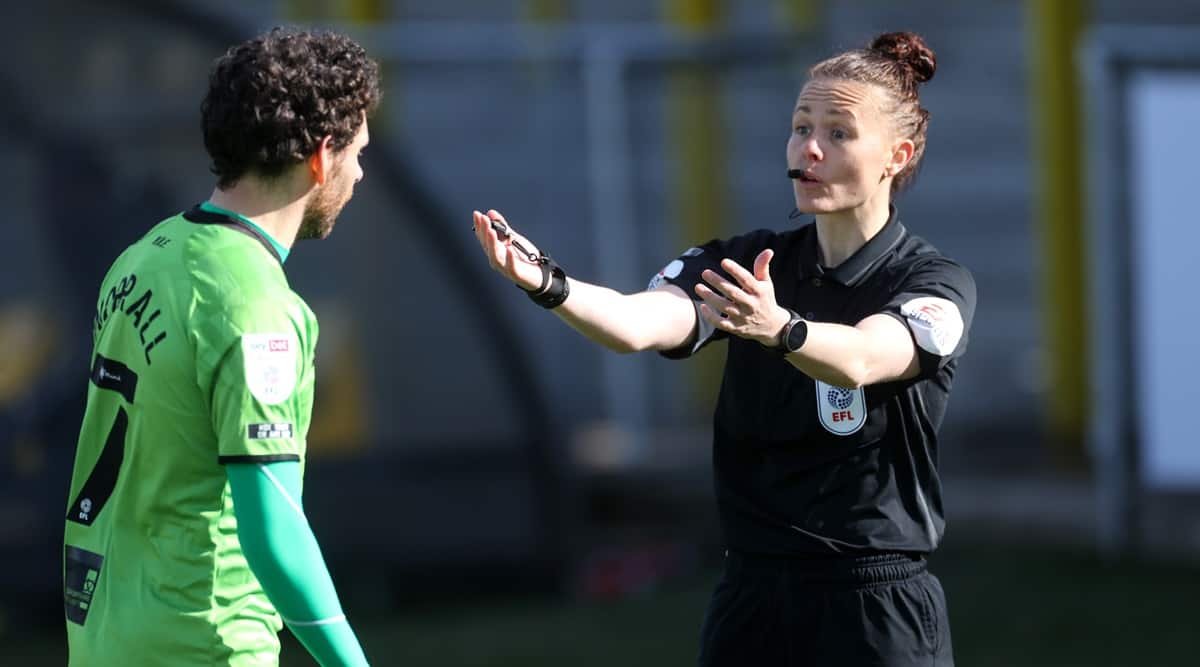 Rebecca Welch became the first female referee to officiate an English men’s professional league game on Monday, and the managers of the teams involved were full of praise for her performance.

The 37-year-old Welch took charge of Port Vale’s 2-0 win over Harrogate in the fourth tier.

She is on FIFA’s international list and has twice been referee for the Women’s FA Cup final, in 2017 and 2020. She took up refereeing 11 years ago.

Harrogate manager Simon Weaver said he hopes Welch’s display signals the start of more women officiating in the English Football League, which covers the three leagues below the Premier League.

“Hopefully it’s just par for the course that we see female referees and officials in the EFL,” Weaver said. “It’s about time.”

“We need to see more women referees and lineswomen moving forward,” Clarke said. “They should be judged like anyone else and she’s had a good start.”