Both Russia and Croatia went to penalties in their Round of 16 matches to reach quarterfinals, where they face each other on Saturday.

Both Croatia and hosts Russia are playing their dream World Cup this year. If anyone had said a month back that Russia, the lowest ranked team this World Cup, had a chance of making it to the semifinals, everyone would have laughed at them. But this World Cup has not gone as expected, with giants like defending champions Germany, Spain, Argentina and Brazil already eliminated.

Stanislav Cherchesov’s side failed to win any of their pre-World Cup friendlies, gaining seat to the tournament for being the host nation. Four matches down the line, Cherchesov is being called a tactical genius, with Russian fans paying tribute to him by celebrating with fake mustaches, complimenting their coach’s facial features after the side reached the first quarterfinals in the history of the tournament. Meanwhile, goalkeeper Igor Akinfeev had his side in awe after being their saviour in the penalty shootout against Spain with calls being made to honour him with the Hero of Russia medal.

Russia are in the quarterfinals, and are becoming the team to fear, as they deliever at the International stage performances that no one expected of them. With the home crowd cheering them on, they have sent a strong message: tread with caution. Something Spain realised a touch too late.

“The country believed in us,” midfielder Yuri Gazinsky said. “A lot of people during the match against the Spanish had doubts but we managed to prove that they can believe in us.”

Both the countries went to penalties in their Round of 16 matches to reach quarterfinals where they face each other on Saturday. While Croatia fought off Denmark, Russia got rid of Spain to reach their best World Cup position ever. 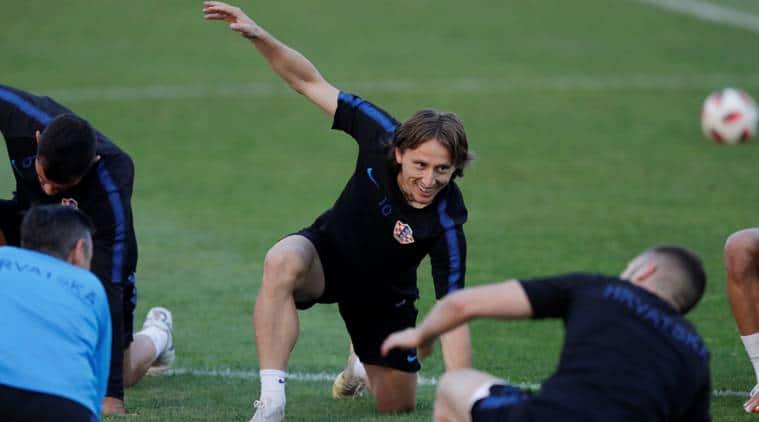 When Croatia made their debut twenty years back, they finished third, a feat that has rarely happened at a World Cup. The debut set a standard that has been difficult to live up to by every team that has participated since then. Luka Modric’s side now have a chance to repeat glory of the class of 1998. And if they do so, the names of Modric, Ivan Perisic, Mario Mandzukic and Ivan Rakitic will be uttered in the same breath as the likes of Hakan Sukur and other stars of 1998.

And if they fail to deliver this time, it will be a similar story for the fans of the Croatian national team. And the players have realised what they are up for, requesting in different ways for the supporters not to draw the similarities between them and the team of 1998, adding to their pressure. “At this point we need to forget about them, with all respect to them,” said Rakitic.

“It has been talked a lot about the two teams and their similarities,” Perisic said. “They achieved a historic result in France. Now we’ve come close and hopefully we can even do it a little bit better than them. We know our quality and we believe in ourselves and we are on the right track at the moment.”

Modric has been deadly in the group performances and has been in the limelight since the departure of big names like Lionel Messi and Cristiano Ronaldo. Croatia will likely be looking to Uruguay’s 3-0 win over Russia in the group stage for clues about how to get the better of the hosts.

Russia switched to a five-man defensive line to beat Spain after using a four-man defense in the group stage. Cherchesov has not given any hints of what options he will deploy against Croatia on Saturday with left-back Yuri Zhirkov injured. Zhirkov’s injury has not left the coach with many options as he could be replaced by either Vladimir Granat, who was not at his best against Spain or Andrei Semyonov, who has not played a single game for over a year now.