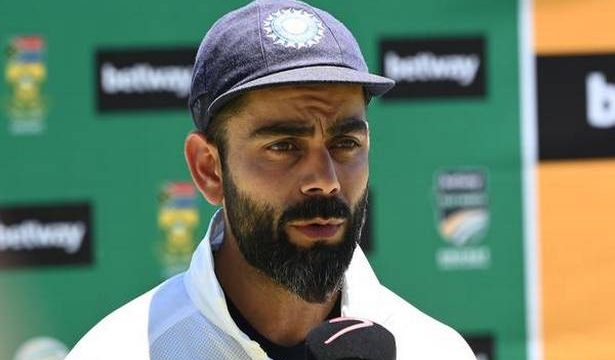 India captain Virat Kohli was on Monday ruled out of the second Test against South Africa here just before start of the game because of an upper back spasm, leaving KL Rahul to lead the side in the crucial match.

Rahul said at the toss that Kohli is expected to be available for the third and final Test from January 11.

"Unfortunately, Virat is having an upper back spasm. The physios are working on him and hopefully he will recover in time for the next Test," Rahul said at the toss when asked about Kohli’s absence from the match.

All-rounder Hanuma Vihari has come in the playing XI to replace Kohli.

India’s leading pacer Jasprit Bumrah was appointed vice-captain for the second Test. Middle-order batter Shreyas Iyer was also ruled out of the game due to a stomach bug, the BCCI said in a statement.

Kohli, who has been battling a prolonged lean patch with the willow, will thus not be able to complete his landmark 100th Test in the series-finale at Cape Town.

The 33-year-old will be playing in the ODI series against the Proteas starting January 19. Rahul will captain India in that rubber as regular white-ball skipper Rohit Sharma is out injured.

As per the Indian team’s fixtures, Kohli, if all goes well, will now get to play his 100th Test against Sri Lanka at Bengaluru in February.

It is worth noting that head coach Rahul Dravid, while addressing the pre-match press conference on Sunday, gave no indication of any possible injury concerns over Kohli, who is locked in a war of words with the BCCI over the way his white-ball captaincy tenure ended.

Dravid, one of India’s all-time greats, had lent support to the superstar batter for the "phenomenal" manner in which he has led the team despite "all the noise around him".

Kohli kicked up a storm before the ongoing tour by stating that he was never asked to reconsider leaving T20 captaincy as asserted by BCCI President Sourav Ganguly.

His statement was met with a rebuttal from chief selector Chetan Sharma who said that Kohli was requested to hold his decision at least till the end of the T20 World Cup. After relinquishing T20 leadership, Kohli was removed as ODI captain in December.

Ever since that dramatic press conference in which he contradicted Ganguly, Kohli has not had a media interaction and Dravid on Sunday said that the star would make himself available for questions on the eve of his 100th Test.

With that now effectively moved to next month, it remains to be seen whether Kohli would show up for the media conference before the Cape Town Test, on Monday next.