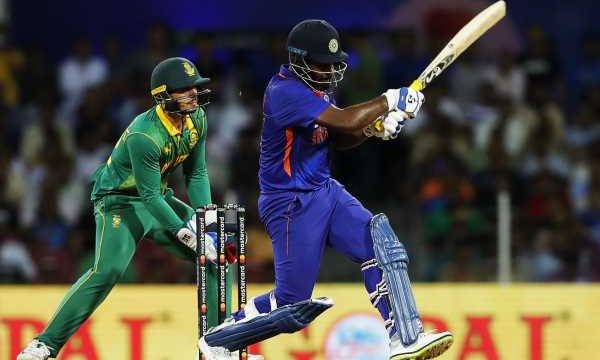 Chasing 250 for victory in the 40-overs-a-side contest, India needed 30 runs from the final over from left-arm spinner Tabraiz Shamsi, who began with a wide.

Samson, who made 86 not out off 63 balls, went on to smash three fours and a six but India could only muster 20 runs and South Africa took a 1-0 lead in the three-match series.

India, who finished on 240-8, are missing key white-ball players who are in Australia for the Twenty20 World Cup. Earlier, Heinrich Klaasen’s 74 not out and David Miller’s unbeaten 75 helped South Africa overcome a sluggish start and post 249-4 after rain had reduced the match to a 40-overs-a-side affair. Shardul Thakur sent back Malaan and, in his next over, dismissed Temba Bavuma for eight, the South Africa captain’s fourth consecutive single-digit score on the tour.

Klaasen (74) and Miller (75) combined in an unbroken fifth-wicket partnership of 139 aided by three dropped catches in the final overs. 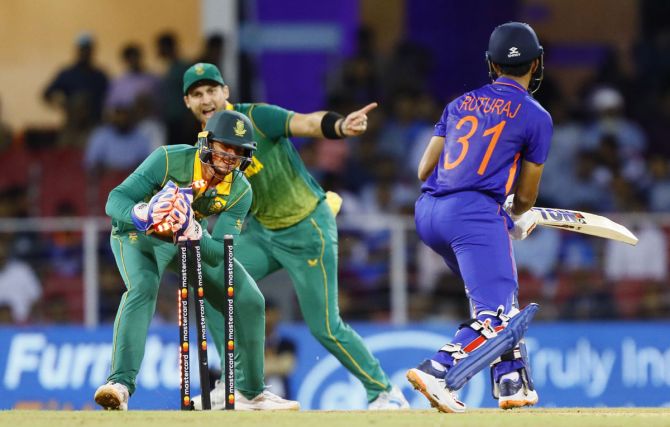 India struggled early in their chase, losing skipper Shikhar Dhawan and Shubman Gill inside six overs to slump to 8-2.

Shreyas Iyer counter-attacked with a 37-ball 50 before Lungi Ngidi bounced him out.

Thakur made a breezy 33 but India’s hopes were pinned on Samson, who tried his best but could not get his team over the line.

He did not face a single ball in the penultimate over which proved crucial for his team.

The second one-dayer is in Ranchi on Sunday.