Pakistan skipper Sarfraz Ahmed was handed a four-match suspension by ICC for breaching the Anti-Racism Code for Participants. 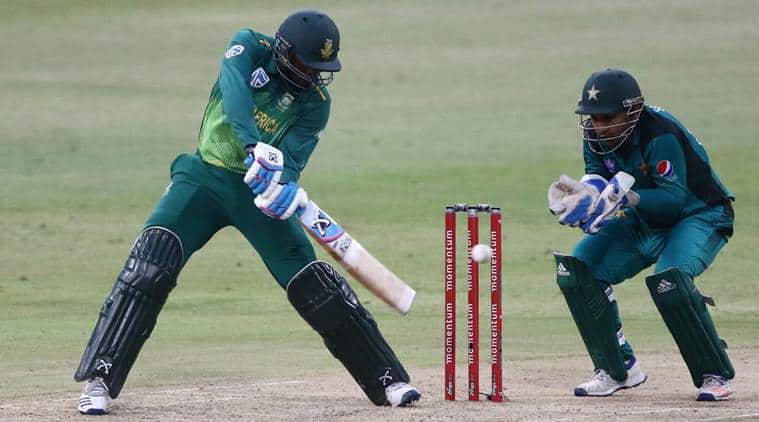 Pakistan skipper Sarfraz Ahmed was handed a four-match suspension by ICC for breaching the Anti-Racism Code for Participants. The 31-year-old cricketer passed a racist comment at all-rounder Andile Phehlukwayo during the second ODI against South Africa in Durban on Tuesday.

Sarfraz has been penalised under the Anti-Racism code, which states: “Engaging in any conduct (whether through the use of language, gestures or otherwise) which is likely to offend, insult, humiliate, intimidate, threaten, disparage or vilify any reasonable person in the position of a Player, Player Support Personnel, Umpire, Match Referee, Umpire Support Personnel or any other person (including a spectator) on the basis of their race, religion, culture, colour, descent, national or ethnic origin.”

He will miss the final two ODIs of the ongoing series against South Africa and the first two matches of the T20I series to follow.

As per the guidelines of the Anti-Racism Code, the Pakistani skipper will also undergo an education programme to promote the understanding and awareness of issues directly relevant to the offence he committed. The ICC will work with the Pakistan Cricket Board to determine when and how this should take place.

After conducting the initial investigations and discussing the matter with both the players involved, Ranjan Madugalle of the Emirates Elite Panel of ICC Match Referees reported the incident. On further investigation by the ICC General Counsel Iain Higgins, it was determined that the player had a case to answer under to Code. Sarfraz was issued with a charge notice on January 26.

Commenting on the incident, ICC Chief Executive David Richardson said: “The ICC has a zero-tolerance policy towards conduct of this nature. Sarfaraz has promptly admitted the offence, was regretful of his actions and has issued a public apology, so these factors were taken into account when determining an appropriate sanction.”

Trump Hires His Fourth New Press Secretary, Kayleigh McEnany
We and our partners use cookies on this site to improve our service, perform analytics, personalize advertising, measure advertising performance, and remember website preferences.Ok