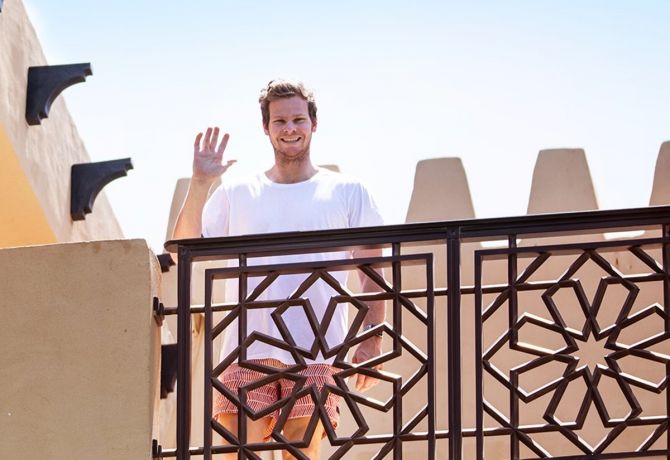 Australian cricketers Steve Smith and David Warner took to Twitter on Friday to convey to their fans that they have begun their quarantine in Dubai.

Rajasthan Royals’ captain Steve Smith joined his team and waved to the fans from his hotel balcony.

Warner’s preparations for the upcoming season of the Indian Premier League (IPL) are in full swing.  In the video Sunrisers Hyderabad gave the fans a glimpse of their skipper’s workout.