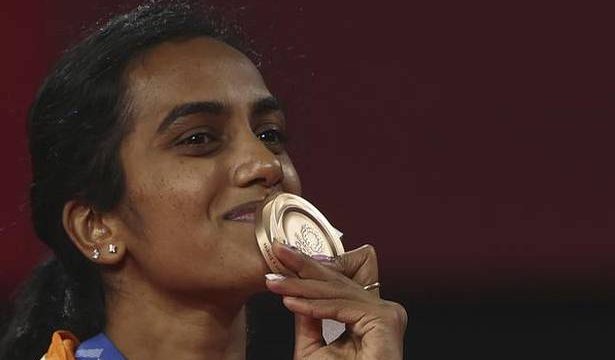 Reigning world champion Sindhu, who is currently playing at the Indonesia Open Super 1000 event in Bali, is one of the nine candidates nominated for the available six positions

India’s two-time Olympic medallist P.V. Sindhu will be contesting the BWF Athletes’ Commission election to be held during the World Championships in Spain on December 17.

Reigning world champion Sindhu, who is currently playing at the Indonesia Open Super 1000 event in Bali, is one of the nine candidates nominated for the available six positions.

"The elections for the Athletes’ Commission [2021- 2025] will take place on Friday 17 December 2021 alongside the TotalEnergies BWF World Champion ships 2021, Huelva, Spain," the game’s governing body said in a release.

"…Sindhu is the only current Athletes’ Commission member standing for re-election. She was first elected in 2017 and is one of six women representatives running this cycle." Sindhu will be joined by Indonesia’s women’s doubles player Greysia Polii, who won the gold medal at Tokyo Olympics.

"I would like to assist my fellow players to achieve their dreams and help them out with their requests around competing on the international circuit," said Ms. Polii.

Other nominated players include Adam Hall of Scotland, Egypt’s Hadia Hosny, Iris Wang of USA, Korea’s Kim Soyeong, Netherland’s Robin Tabeling, Soraya Aghaeihajiagha of Iran and China’s Zheng Si Wei. The Chair of the Athletes’ Commission is elected by the new Athletes’ Commission and that person becomes a BWF Council Member after the vetting process required under the BWF constitution.

In May, Sindhu was also named athlete ambassador for IOC’s ‘Believe in Sports’ campaign.