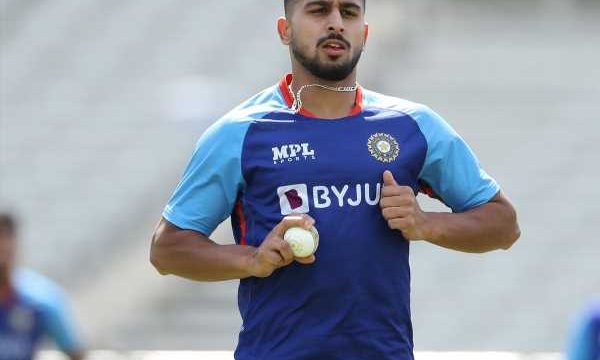 ‘Umran is a super exciting talent. Seeing him in the Indian international scene is an amazing rise’

The 22-year old impressed everyone with his sheer pace and wicket taking ability in the Indian Premier League(IPL).

While top Indian cricketers like Virat Kohli and regular skipper Rohit Sharma have been given a break from this series, young talent like Umran Malik and batter like Shubman Gill and Ishan Kishan will make a comeback for the T20 games.

Besides a drastic change in powerplay batting approach, India also need an express pace bowler like Malik to support an injury-prone Jasprit Bumrah.

Having worked with Malik in the IPL, Williamson backed him to do well in New Zealand.

“Umran is a super exciting talent. Spent time with him last year and his raw pace was a real asset. Seeing him in the Indian international scene is an amazing rise,” Williamson said during a media interaction organised by Amazon Prime Video ahead of the India vs New Zealand series.

“When you have the ability to bowl 150 plus, it is very exciting. By being in the squad, clearly there are high hopes of his involvement with Indian cricket for a long time and coming on the tours like these will help him in his journey,” he added.