Will Jacks and Zazai made good of a strong foundation provided by Johnson Charles' big hitting at the top of the order. 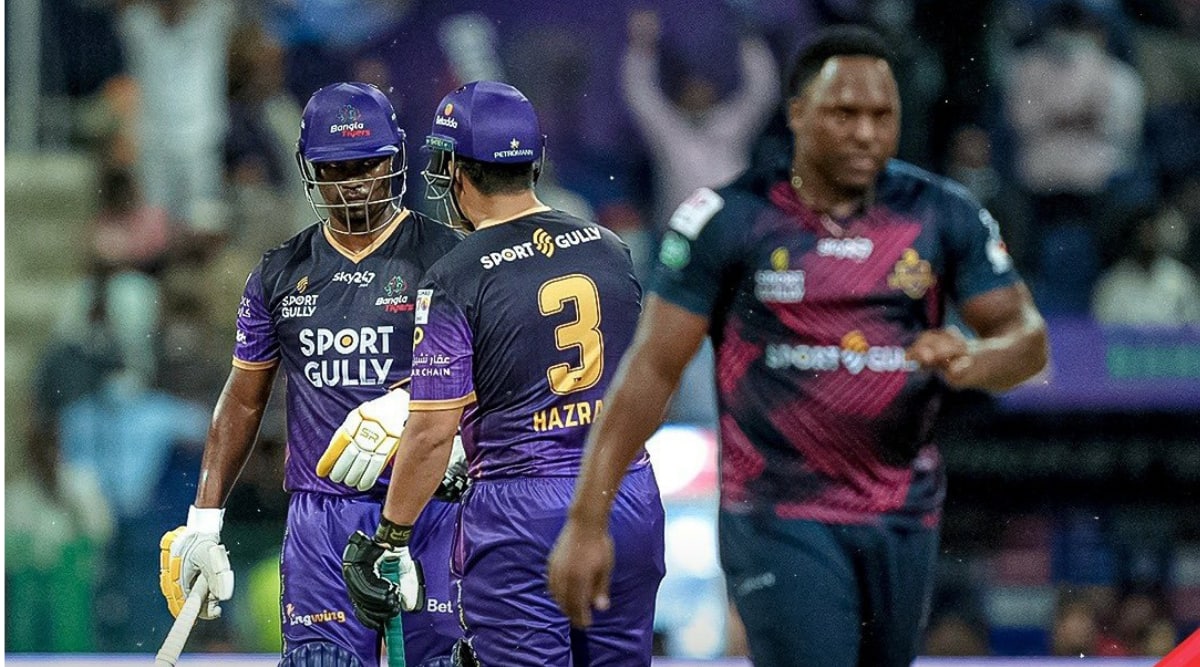 Hazratullah Zazai struck an unbeaten 59 off just 26 balls to help Bangla Tigers register a comprehensive nine-wicket win over Deccan Gladiators in an Abu Dhabi T10 match. The Tigers took 8.1 overs to overhaul the target of 112.

Will Jacks and Zazai made good of a strong foundation provided by Johnson Charles’ big hitting at the top of the order. Their third win took Bangla Tigers to the third spot on the points table, where they find themselves sandwiched between Deccan Gladiators and Delhi Bulls, both teams with three wins in their bag.

Following their 19-ball 67-run partnership in the previous match, Charles and Zazai gave another blistering start to Bangla Tigers’ innings. By the time Charles fell to Odean Smith in the second over, the team had put on 34 runs on the board. His dismissal didn’t do much to stem the flow of runs as his replacement, Jacks displayed the full repertoire of his shots to ensure required run rate never became threatening.

Deccan Gladiators captain Wahab Riaz threw the ball to Wanindu Hasaranga for his second over when the Tigers decided to go for their batting powerplay. However, Zazai nullified Hasaranga’s threat by hitting the leg-spinner for three big hits on the leg side, taking his team closer to the target. His second six of the over brought the 50-run partnership between him and Jacks.

The left-hander reached his own half-century in style in the next over when he slogged Sultan Ahmed for another six in the eighth over. Fittingly, the winning runs also came off his bat when he deposited a Tom Banton full toss for four over long-on.

Earlier, Gladiators openers started with a flurry of boundaries but Mohammed Aamir, playing his first match of the tournament, pegged the innings back by dismissing Tom-Kohler Cadmore. James Faulkner and Karim Jamat also picked up a wicket each on either side of a hat-trick of sixes. With Andre Russell and Tom Banton at the crease, the Gladiators opted for the powerplay at the end of the fourth over.

However, they could only go one over without losing a wicket as Benny Howell sent back danger man Russell with a slower ball. David Wiese started dealing in sixes right from his arrival at the crease and remained unfazed by Banton’s dismissal in the seventh over. He found the perfect ally in Odean Smith whose eight-ball 26 took Deccan Gladiators past the 100-run mark.

The last two overs of the Gladiators innings yielded 33 runs and helped them post a challenging 112 on the board.