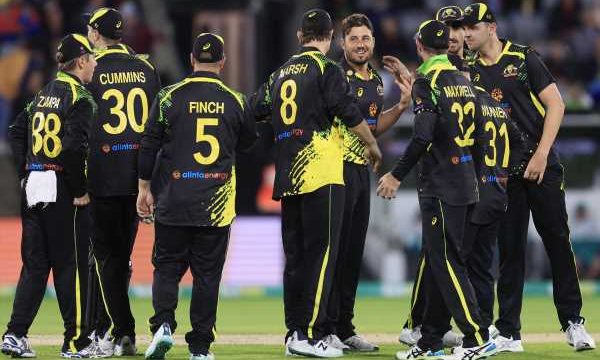 England captain Jos Buttler is happy with his team’s preparation but tipped champions Australia as the favourites to win the Twenty20 World Cup on home soil.

England prevailed in a seven-match Twenty20 series in Pakistan before flying to Australia where they beat their hosts and reigning world champions twice but were prevented from posting a 3-0 series sweep by rain.

Buttler smashed 65 not out in the third match, his second fifty in three innings since returning from a calf injury, before the match got washed out on Friday.

“I think history tells you that generally the host nations are slight favourites in big tournaments,” the opener said in a pre-tournament media conference on Saturday.

“Lots of people have played in Australia in those conditions but of course no one is going to know the conditions or be as accustomed to them as the Australian team and the reigning champions as well.

England topped the Super12 group stage in last year’s tournament, ahead of Australia, but were knocked out by New Zealand in the semi-finals.

Buttler said the format is unpredictable and the competition fierce.

“In T20 cricket, one person can take the game away from you,” said Buttler, a proven match-winner himself.

“We’ve had good preparation. We look forward to this tournament and don’t try and read too much into past tournaments or things.

“We try and learn and get better and improve every day, and look forward to starting this competition in the next week.”

Former champions England begin their bid for a second 20-overs World Cup title with a match against Afghanistan in Perth on October 22.