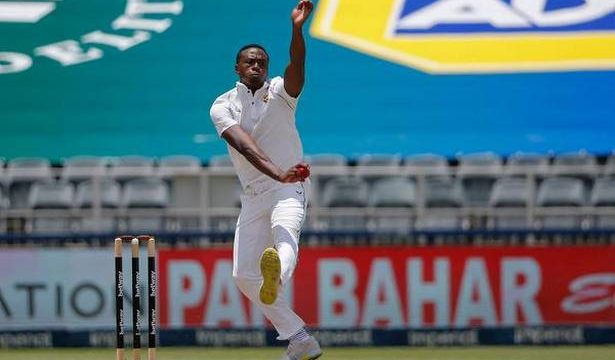 In one unforgettable spell, he swung the second Test South Africa’s way

Kagiso Rabada is special. A rare diamond in a land of precious stones.

He’s so unique that among all Test bowlers — from the era of ‘uncovered’ pitches to the ‘covered’ times — he has the second best strike rate of 41.0 for those with 100 wickets or more.

However, Lohmann finished with 112 wickets from 18 matches on ‘uncovered’ pitches and Rabada already has 226 scalps from 49 Tests on ‘covered’ tracks.

He’s an impact paceman who alters the course of matches. For South Africa, he’s the spearhead. The No. 1 in a compelling pace attack.

And it was Rabada’s blistering spell of aggressive fast bowling — he is consistent between 140 and 150 kmph — of hostility and control that opened up the Test for South Africa when two old soldiers, Cheteshwar Pujara and Ajinkya Rahane, were taking the game away from the Proteas on the third morning.

He was charged up from the time he was brought on. Rabada’s first delivery was a nasty short ball. He immediately wanted a short-leg. Dean Elgar gave it to him.

What followed was a red hot unforgettable spell of fast bowling. Watching from the press box, you could sense the intensity.

Ajinkya Rahane fended a vicious short one and Aiden Markram in the cordon reacted late. This angered Rabada even more.

The natural athlete ran in harder and bowled a brutish delivery of pace, bounce and away movement from the off-stump to find Rahane’s edge and ended the 111-run third-wicket partnership.

Then he brought one back sharply into Pujara to win a leg-before shout.

And he took out Rishabh Pant, after first striking the left-hander on the helmet grill with a nasty lifter, and then, after Rassie van der Dussen got the Indian worked up with his words from short-leg, took out the wicketkeeper-batter who perished to a forgettable coming-down-the-pitch biff.

In the space of 11 balls, Rabada opened up the game for South Africa with three vital scalps.

But then, who lit up the rocket? It was Elgar.

Apart from being a fearless batsman who can withstand pain and construct influential knocks, Elgar is also an inspirational captain.

Not happy with Rabada’s bowling, Elgar revealed that he told the pace ace, “You are an immensely respected cricketer within our group and at the moment I don’t think you are conducting yourself extremely well.”

Elgar added, “When Rabada has his tail up, there’s no better bowler.”

The skipper’s words had their effect on the marquee paceman. And a fired-up Rabada swung the Test South Africa’s way.