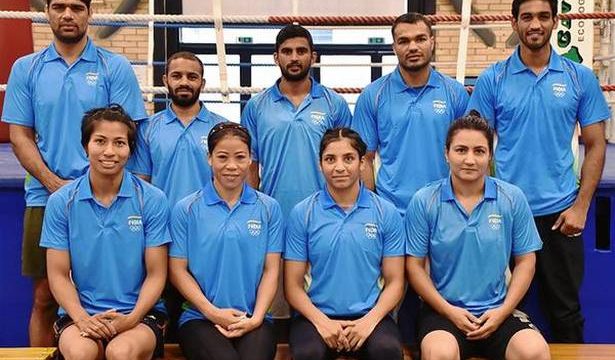 Says Mark Kom, Panghal and Vikas can finish on the podium in the Tokyo Olympics

“Mary Kom and Vikas have lots of experience. Amit is in good form. I think they will do better,” Vijender, who will be part of Sony Sports live studio show, Sports Extraaa, for the 2020 Tokyo Olympic Games from July 23, said during an online select media interaction on Tuesday.

On Amit, Vijender said, “He is world No. 1 and that brings a lot of benefits. His style is exciting. I am told he boxed well in Dubai (in the Asian championships).”

On another southpaw Vikas, Vijender said, “This is his third Olympics and I hope he makes it (to the podium).”

Vijender admired Mary, who landed a bronze medal in the 2012 London Olympics. “She is a strong woman. I pray she comes back with a medal. She is fighting after having three kids and we must learn a lot from her.”

Vijender expected Mary and Vikas to share their experience with others.

“Manish Kaushik (the Bhiwani boxer who qualified in 63kg) asked me about the Olympic Village. I shared my experience so that he would know how it would be over there. Olympians like Mary and Vikas should share their experience with others.”

Vijender, who won his Olympic medal in the middleweight division, had a word of advice for fellow middleweight pugilist Ashish Kumar.

“Stay away from social media and save your energy. When you go to the Olympic Village, you are treated like a king. Whatever you want to do in the Village, you can do there. Don’t waste your energy, just focus on why you are here and what you are doing.”

Vijender urged the countrymen to encourage all the nine boxers who can perform better after the disappointing show in the Rio Games.