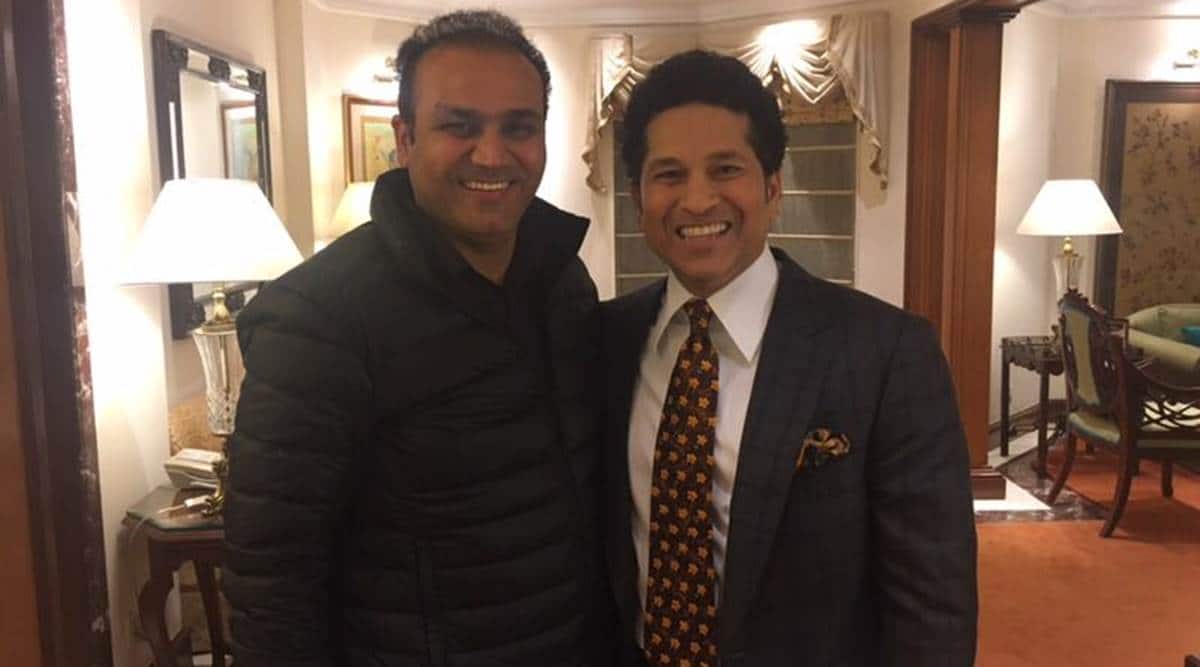 Former India opener Virender Sehwag on Wednesday recollected how he copied legendary batsman and his longtime opening partner Sachin Tendulkar after watching him bat for the first time on TV during the 1992 World Cup.

“Cricket is played on the ground but a lot can be learned. If I give my own example, I started watching cricket from the 1992 World Cup and at that time used to watch (Sachin) Tendulkar and copy him.

“…How he plays the straight drives, how he plays the back-foot punch… In 1992, if I could watch TV and learn a bit, why not,” said Sehwag, who is also the founder of Cricuru app.

Sehwag, who was joined by former India opener and co-founder Sanjay Bangar at the app’s launch, also stressed on the importance of learning cricket from watching videos shared by great players.

“But in today’s time if you have videos of these cricketers whom you admire — Ab De Villiers, Brian Lara, Chris Gayle or Virender Sehwag, or other players, then their videos are available. In our time, such videos were not available.

“If in my time such facilities were there like I could speak to someone online or subscribe the videos with ease, then I would have done that and could have learned better and early and could have played for India early,” said Sehwag.

Stressing the importance of both mental and skill aspects in the game, Sehwag maintained that Bangar told him how even international cricketers are finding it difficult to find their mistakes.

“Because he spent so much time with the Indian cricket team as a batting coach and he told me that a lot of even international cricketers are finding difficulty (finding it difficult) to find their mistakes and correct them,” said Sehwag.