A month and a day before his 39th birthday, Roger Federer launched a sneaker — The Roger. 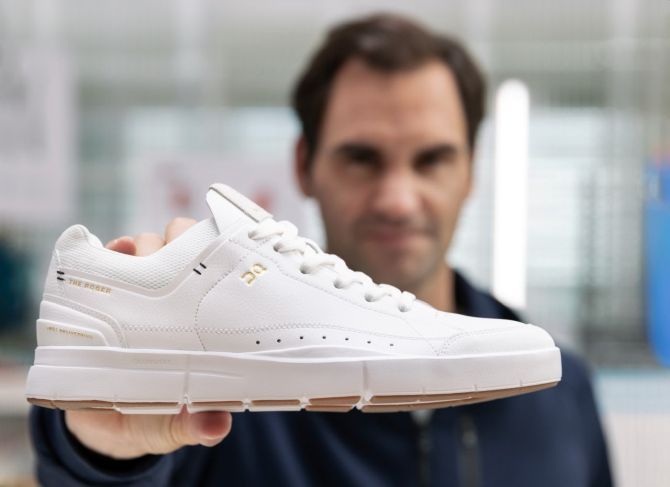 The shoe, manufactured by the Swiss brand Ons, is a simply designed, white sneaker with small gold detailing that has Federer’s name on it alongside a small red Swiss flag.

‘It’s not for tennis, it’s for the street,’ the record-holder Grand Slam champion told Vogue magazine.

A pair of The Roger, which is made of vegan leather, will cost you $250.

If you want to own one, you can enter the raffle (external link) which runs from Monday to Wednesday.

Federer’s contract with Nike ended in 2018.

Roger thereafter signed a $30 million a year, 10-year, contract with the Japanese clothing maker Uniqlo, which doesn’t do shoes though.