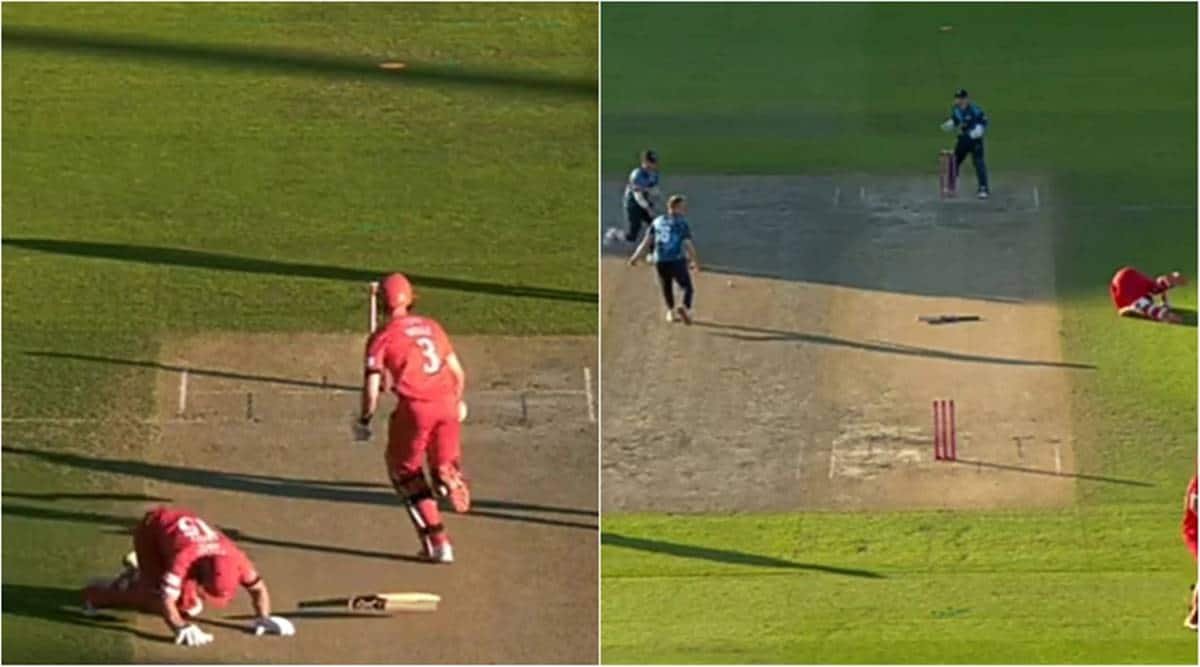 Joe Root and Yorkshire players displayed an impressive display of sportsmanship as he refused to run out an injured Lancashire batsman Steven Croft. The incident took place in the 18th over of Lancashire’s run chase when Luke Wells pushed the ball towards mid-off and scampered for a quick single. However, non-striker Croft injured his left leg midway and cried in agony as he fell on the pitch. Seeing this, Root asked his players to not run him out.

It was a crucial juncture of the game as Lancashire needed 17 runs from 18 balls with five wickets in hand. At that stage, Yorkshire needed quick wickets to get back in the game.

In the commentary box, former England cricketers Mark Butcher and Rob Key were divided over Root’s decision. While Key backed Root comparing it to football when players kick the ball out of the play when someone is injured, Butcher found the “whole thing completely bizarre”.

The on-field umpire signalled dead ball as physio rushed to the ground to help Croft. The Lancashire batsman praised the opponent team saying, “They could have taken the bails off and credit to them that they didn’t.”

The England Test skipper said it was a ‘very difficult decision under pressure.; The 30-year-old was more concerned about Croft’s injury than running him out. “(Croft’s injury) looked very serious at first glance. In many ways it was a relief it was nothing serious. I am sure there will be many different opinions. Many people would have handled it differently.”

In the end, Croft remained unbeaten for 26 as his side chased down the modest target of 129 with six balls to spare.