West Ham moved three places up to fourth on 52 points from 30 games, one more than fifth-placed Chelsea and three ahead of sixth-placed Tottenham Hotspur and Liverpool in seventh. Wolves stayed 14th on 35 points. 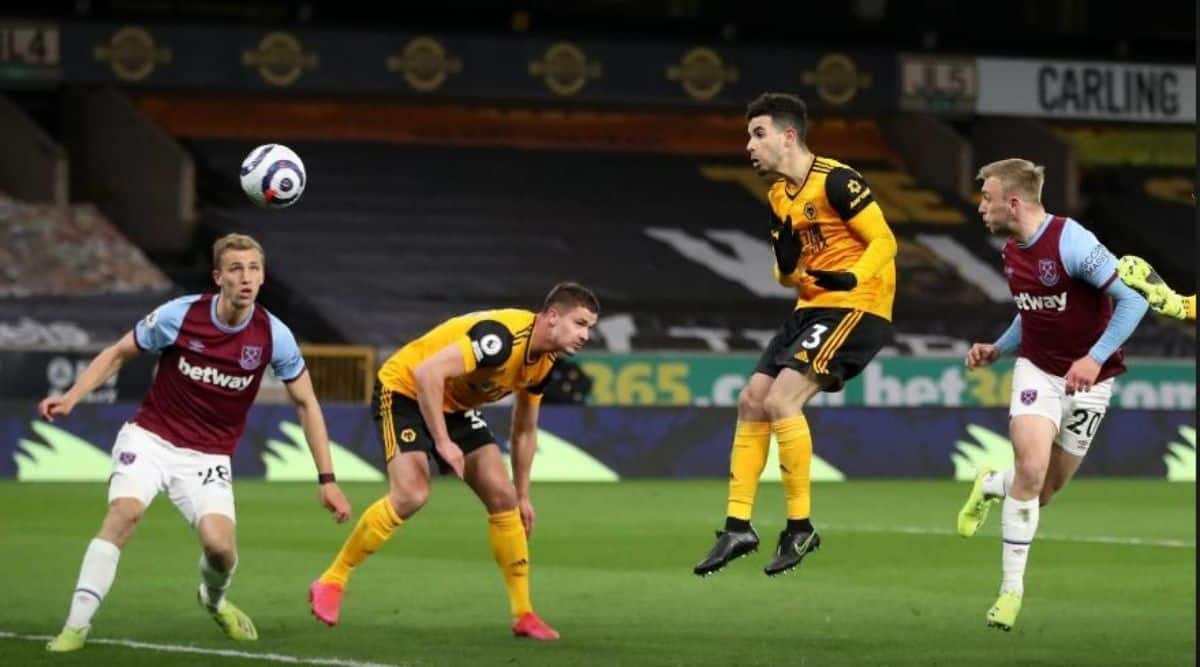 West Ham United boosted their hopes of finishing in the Premier League top four and earning a Champions League berth after an impressive first half helped them to a 3-2 win at Wolverhampton Wanderers on Monday.

West Ham moved three places up to fourth on 52 points from 30 games, one more than fifth-placed Chelsea and three ahead of sixth-placed Tottenham Hotspur and Liverpool in seventh. Wolves stayed 14th on 35 points.

West Ham also equalled the club’s Premier League record of seven away wins in a season and gave themselves every chance of breaking it with eight games remaining.

Jesse Lingard, Pablo Fornals and substitute Jarrod Bowen, who replaced the injured Michail Antonio, fired the Hammers into a 3-0 lead before Leander Dendoncker pulled one back for the home side in an action-packed first half.

Fabio Silva struck for the resurgent Wolves midway through the second but the home side were unable to make their late pressure count as the visitors held out in the closing stages.

Lingard fired West Ham ahead after he capped a darting solo run from his own half with a fine left-footed finish in the sixth minute after Antonio had hit the post with a ferocious long-range effort.

Fornals made it 2-0 in the 14th with a deft side-footed finish after good work from Lingard and Arthur Masuaku, who squared the ball back to the Spaniard.

Bowen added the third in the 38th minute, shortly after coming on for Antonio, as he found space in the heart of the penalty area to beat home goalkeeper Rui Patricio with a firm low shot inside the near post.

Wasteful Wolves, who compounded their poor defending in the first half by wasting several gilt-edged chances, hauled themselves back into the contest when Dendoncker headed home an Adama Traore cross in the 42nd minute.

West Ham midfielder Tomas Soucek had a goal disallowed for handball on the hour and the visitors were forced to hang on in the final 20 minutes after Silva beat visiting goalkeeper Lukasz Fabianski with a neat finish midway through the second half.

Wolves were missing Spanish defender Jonny who was ruled out for the rest of the season shortly before kick off with a recurring knee injury.

“We were very poor in defence and it takes away from all the good things we did in attack,” he told Sky Sports.

“The reaction was good but we started very bad. Conceding three goals against a top team like West Ham makes it very difficult to reverse the result.”