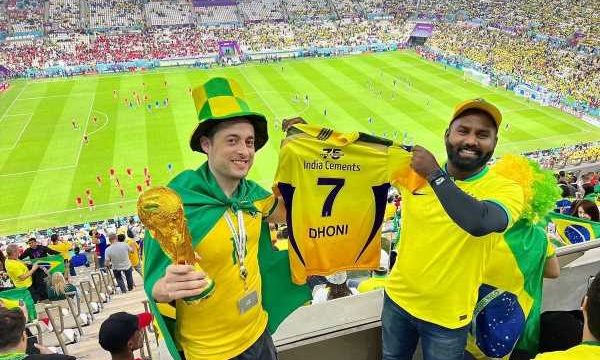 On Thursday night, Brazilian fans turned the Lusail stadium in Qatar into a sea of yellow.

But one fan stood out in his yellow jersey. That’s because IPL giants Chennai Super Kings can be recognised from any corner of a stadium and die-hard fans like Nabeel would do anything to show their support. It was a perfect union of yellow jerseys when this Mahendra Singh Dhoni fan showed off the CSK jersey at the FIFA World Cup match between Brazil and Serbia.

Four-time IPL champions CSK took to social media to post a photo of the Dhoni fan in Doha. The fan was also seen sporting the Brazil jersey before he posed with the CSK jersey from the stands.