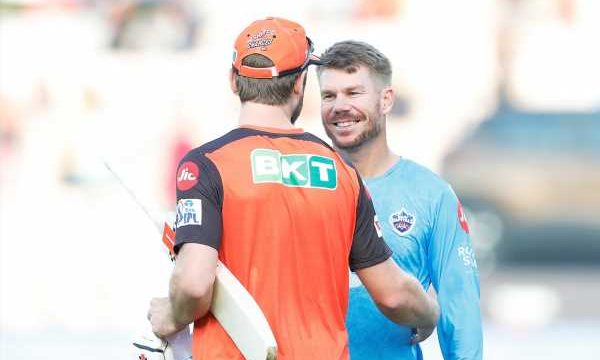 David Warner saved the best for his former franchise SunRisers Hyderabad as his magnificent 92 not out off 58 balls powered the Delhi Capitals to a 21-run win on Thursday, May 5, 2022, at the Brabourne stadium in Mumbai.

Warner fell out of favour at SRH during IPL 2021. He was first removed as captain before being dropped from the playing XI.

Warner, who led SRH to its 2016 IPL title, was not retained by SRH in the lead-up to the mega auction. Eventually, DC bought the left-hander for Rs 6.2 crore (Rs 62 million).

Before the game, Warner shared a warm embrace with former SRH team-mate Kane Williamson who took over as Sunrisers skipper last season.