The I-League 2019-20 trophy was handed over to the champions Mohun Bagan in Kolkata on Sunday. 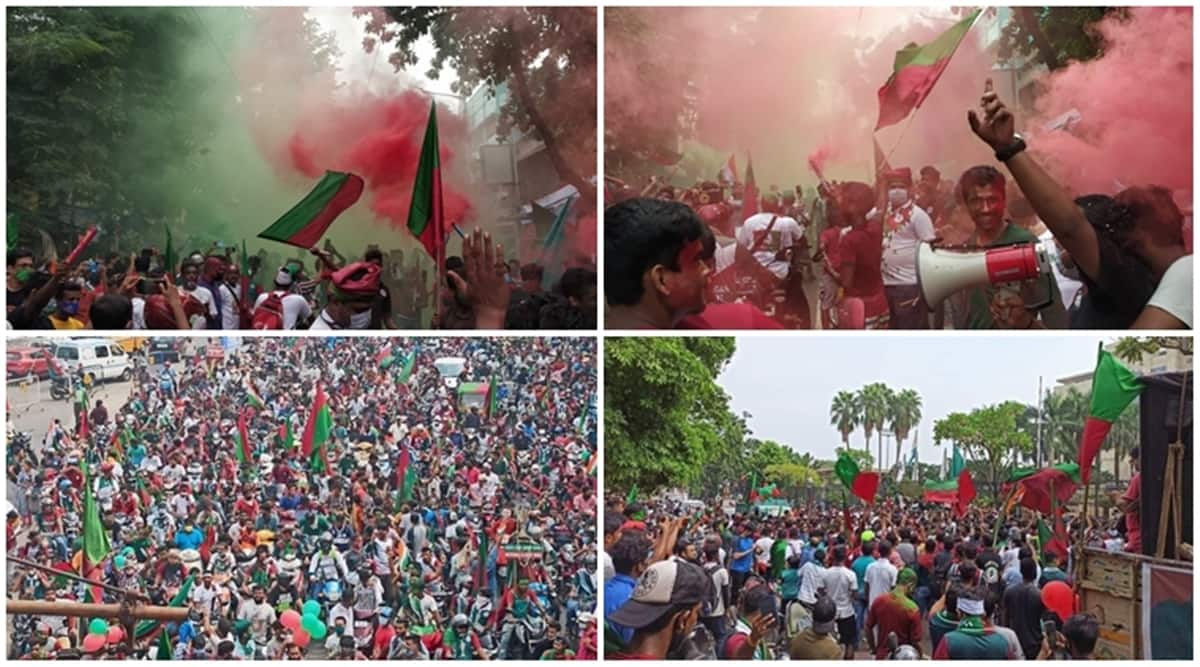 The I-League 2019-20 trophy was handed over to the champions Mohun Bagan in Kolkata on Sunday. The Mariners, who had clinched the trophy with four rounds to spare on March 10, had to wait for seven months as celebrations were put on hold because of the Covid-19 pandemic that ended the season abruptly.

Keeping the social-distancing protocols in mind, Mohun Bagan, who have now joined the Indian Super League (ISL), organised a small ceremony at a five-star hotel in presence of selected invitees.

However, what followed was ‘mad scenes’ on the streets when the trophy was taken out in an open vehicle in their victory procession as thousands of fans celebrated the triumph, paying little heed to the health guidelines.

Many fans were even seen without the mandatory masks as they danced on the streets, waving green-and-maroon colours when the I-League trophy made its way to the club tent, traversing through important landmarks of EM Bypass, Shambazar, Girish Park and Dharmatala.

Later in the evening, the iconic Howrah Bridge was illuminated with traditional green and maroon colours to celebrate Mohun Bagan’s triumph.