‘We are on top right now. They (India) are under pressure from the previous defeat.’ 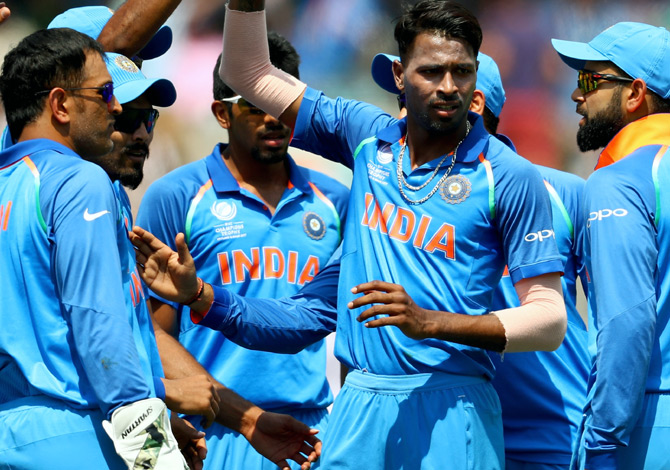 Pakistan pacer Hasan Ali says pressure will be on arch-rivals India in the upcoming Asia Cup because of the ICC Champions Trophy final defeat last year.

Pakistan will face India for the first time since last year’s ICC Champions Trophy final, in which Hasan picked up three wickets to lift Pakistan to a convincing 180-run victory.

Pakistan will face India at least twice in the Asia Cup, and three times if both reach the final.

Hasan believes India will be under more pressure because of their defeat in the Champions Trophy final, and that playing in the UAE will give Pakistan the home advantage.

“We are on top right now. They (India) are under pressure from the previous defeat,” Hassan said.

“In UAE, these are our conditions, we have the home advantage as we have been playing here for long, and are aware of how to use the conditions.

“India are a good side and I wish to take all ten wickets rather than a five-for, and make my fans across the world happy with my celebration style. There is definitely pressure but I feel good when pressure mounts on me because that is where I try to perform and help my side win.” 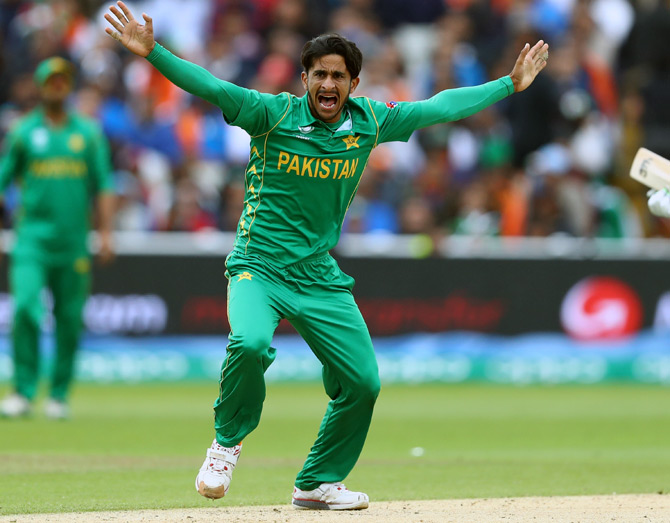 In Pakistan’s big win in the Champion Trophy final, Hasan did not get to bowl to Virat Kohli, who was snapped up by Mohammad Amir.

The India captain has been rested for the tournament, which starts with the opening ODI between Bangladesh and Sri Lanka in Dubai, on September 15.

“Virat Kohli is a very good player. Everybody knows that he is a match-winner. The advantage to us is that the way Virat Kohli can handle the pressure, someone else who comes in his place might not be able to,” Hasan said during Pakistan’s pre-tournament camp at the Gaddafi Stadium in Lahore on Thursday.

“We are not so far from the other team. I think India has a good chance (to win the title), and Pakistan will play at their home-like ground. So, they also have the opportunity (to clinch the trophy). But I want to say that, we have the ability to beat them too. We have to see if we can make the Super Four by playing good cricket in the group phase,” Mashrafe said in Mirpur.

“After that, there are many calculations. If everything goes in the right way, we won’t be so far from other teams. We may have to face the tough situation on many occasions. Because we did not play in UAE as a team before. So, the condition will not be easy for us. Overall, we are thinking from every angle,” he added.

Sania Mirza stole our hearts with her minimal look
We and our partners use cookies on this site to improve our service, perform analytics, personalize advertising, measure advertising performance, and remember website preferences.Ok