Wimbledon 2018 Live Tennis Score, Day 10 Live Streaming: After shocks galore in the first week of Wimbledon, things have normalised with the women’s singles field down to four. Three of the four players in the semi-finals are grand slam winners and that normalises the stunning results of top-10 seeds crashing out by fourth round. Seven-time Wimbledon champion Serena Williams is into the semis of a slam for the first time since giving birth and will face Germany’s Julia Gorges. In the other semi-final, 2016 Wimbledon finalist Angelique Kerber takes on 2017 French Open champion Jelena Ostapenko. Catch live scores and updates from Wimbledon 2018 on Day 10 with women’s singles semi-finals on schedule.

Players are out on the court. Ostapenko who goes on all out attack against Kerber who has great propensity to counter-punch. Promises to be an interesting affair

Hello and Good Evening! Welcome to our live coverage of Wimbledon as play moves on to Day 10 with women’s singles semi-finals. First up will be Angelique Kerber taking on Jelena Ostapenko and it will be followed by Serena Williams against Julia Gorges. 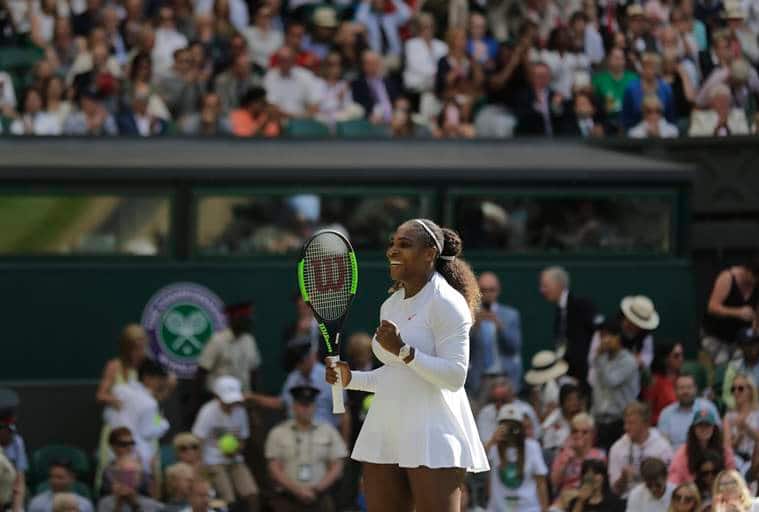 Wimbledon Live, Day 10: Serena Williams will vie for a sixth Wimbledon title but before that, she will have to get past Germany’s Julia Gorges in the semi-finals on Centre Court. On the way to the last-four, she’s dropped one set – against Camila Giorgi – in the quarterfinal. It is a major coup for the American who ten months ago gave birth and nine months ago could barely move. In the other semi-final on the day, Angelique Kerber takes on Jelena Ostapenko. Kerber had gotten the better of Daria Kasatkina while Ostapenko had out-hit Dominika Cibulkova.