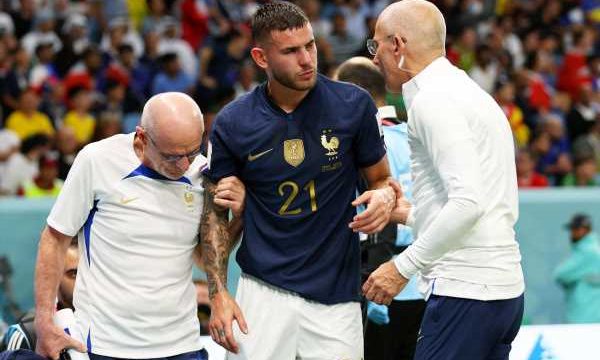 Lucas Hernandez’s World Cup campaign is over after the France defender sustained a knee injury in the defending champions’ 4-1 win over Australia in Group D on Tuesday, the French football federation said.

The FFF confirmed to Reuters an earlier report from L’Equipe that said that Hernandez suffered a cruciate knee ligaments injury and that he was ruled out for the rest of the tournament.

Hernandez limped off the pitch after staying on the grass for a couple of minutes holding his right knee after being beaten to the ball by Mathew Leckie, who delivered the cross for Craig Goodwin’s opening goal for Australia.

France lead Group D with three points, two ahead of Tunisia and Denmark, who played out a goalless draw on Tuesday.