Zimbabwe vs Pakistan Live Score 4th T20I Tri-Series Live Streaming: Zimbabwe had a poor start to the T20I tri-series at home against Pakistan and Australia. The side lost the first match against Pakistan by 74 runs, while they lost to Australia by 100 runs on Tuesday. The hosts will now face Pakistan again as they look to bounce back from the string of defeats and make it to the final of the tri-series. The road, though will be difficult, as Pakistan, who lost to Australia by 9 wickets, will be eager to step up and pick up another win. Catch Live score and updates as Pakistan take on Zimbabwe.

Solomon Mire and Cephas Zhuwao come out to bat for Zimbabwe and it is Shoaib Malik who starts with the new ball. HERE WE GO!

Pakistan have won the toss and they have elected to field first against Zimbabwe. 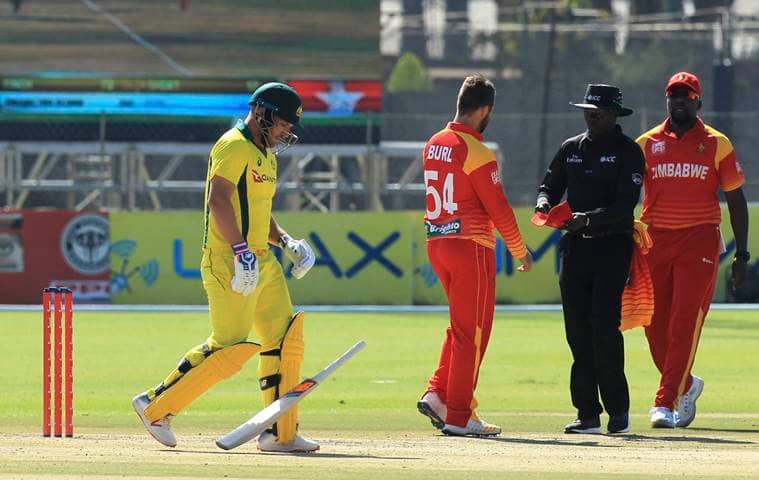 Zimbabwe vs Pakistan Live Streaming 4th T20I Tri-Series Live Score and Updates: Aaron Finch smashed 172 off only 76 balls and broke his own world record of highest individual score in a Twenty20 as Australia crushed Zimbabwe by 100 runs in tri-series cricket on Tuesday. Finch plundered 10 sixes and 16 boundaries, and powered Australia to 229-2. He also featured in a record-breaking 223-run first-wicket stand with D’Arcy Short, who made 46 as they raised the first double-century stand in a T20. Zimbabwe was overwhelmed for the second straight match and restricted to 129-9 in 20 overs. Andrew Tye took 3-12 and Ashton Agar picked up 2-16. Australia sits on top of the table with two victories from two matches after it also defeated Pakistan by nine wickets on Monday.