Ajay Devgn, Akshay Kumar along with Alia Bhatt and Abhishek Bachchan on Monday announced that they would be releasing Bhuj The Pride of India, Laxmmi Bomb, Sadak 2 and The Big Bull on Disney Plus Hotstar soon. 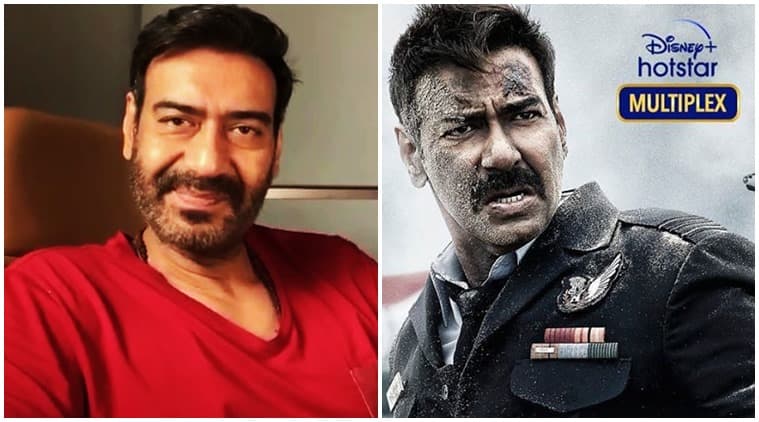 The news was shared by the team via a virtual press conference, where the participants also discussed releasing movies on OTT platforms. Akshay Kumar, whose highly-anticipated Laxmmi Bomb will be releasing on Disney Plus Hotstar, spoke about this new move by the industry and said, “Fans can still experience the thrill of watching a movie on the first day and first show, thanks to OTT platforms. The best part is that you can watch this on your own time, that interval will be yours to take and you can choose to eat the food you love while spending time with your favourite people. What more can one want?”

However, Khiladi Kumar also admitted he felt sad about theaters and stated, “While I am excited about the platform and the opportunity that I have got to show my film to my fans, I feel sad about theaters too. After all, movies are theaters’ first birthright. However, in the present scenario it’s not possible for the audience to go to cinema halls. So Disney Plus Hotstar is a great medium to reach out to my fans,” Akshay said.

WATCH: Ajay, Akshay, Abhishek, Alia and Varun on the OTT vs Theater debate

Ajay Devgn, who will be releasing his film Bhuj: The Pride of India on the streaming site, said that OTT platforms and theaters have their own charm.

“The best thing about the industry and our audience is that they will get a balance, in the sense that they will be able to watch movies from the comfort of their homes as well as enjoy films on the big screen in a theater. Because people can’t go to the theater every day. Even when the pandemic was not there, most people chose to go and watch movies during the weekend and this will continue to happen post pandemic as well. And on the days that our viewers and fans are at home, they can opt for OTT platforms like Disney Plus Hotstar to watch quality content. We can make more films. We can make different kinds of films. We can make good films, which is ultimately a great thing for our film industry,” said the Bhuj Pride of India actor.

“We have so many people who want to work but can’t. So once they get a platform, people will be able to explore their options more fully. And now we have two ways to release a film,” Ajay added.

Uday Shankar, President, The Walt Disney Company APAC and Chairman, Star & Disney India, agreed with Ajay’s sentiments on the OTT vs theaters debate and said, “Our business will expand, we will be able to tell more stories. Both these mediums will survive and co-exist. The same discussion had happened when films had started being telecast on TV. However, one did not stop or hinder the growth of the other. Only the economics changed. We should not see this as a short term-tactical compromise. We should see this as a big leap for our industry. The OTT platforms and the digital release of the films will give the movies and our industry a new lease of life.”

Abhishek Bachchan, who was also present at the conference, was asked about the ‘Friday jitters’ and whether he would miss that feeling since his movie The Big Bull will now be releasing on Disney Plus Hotstar.

Abhishek said, “I don’t know whether I will miss the Friday jitters, that I will only get to know once the film releases. As of now, I am just happy that the movie is being released and people will finally be able to see it.”

Both Varun Dhawan and Alia Bhatt also remarked how this is a revolutionary, one-of-a-kind move for the Indian film industry. Alia also expressed her desire to be a part of a procedural drama.

While Sushant Singh Rajput’s last film Dil Bechara will start streaming from July 24, the release dates of other films are yet to be announced.