Amitabh and Abhishek Bachchan watched the first semi-final match of the ongoing FIFA World Cup 2018 at Zenit Arena in St Petersburg, Russia. As France defeated Belgium to book their place in the final, junior Bachchan congratulated the winners. He shared a photo of himself with dad Amitabh who looked much excited after watching an enthralling match.

Sharing the photo, Abhishek captioned it as, “#FraBel #worldcupsemifinals Congratulations France!” The Manmarziyan actor shared a few other photos on his Instagram story. In one of the photos shared by Abhishek, he pointed out at a man carrying the Indian flag and wrote, “Come on India” along with it.

Amitabh also shared a few photos from St Petersburg on his blog as he went around the city. Not just Amitabh and Abhishek, other members of the Bachchan family are also in Russia for the Football World Cup 2018. On Tuesday, Big B posted photos of daughter Shweta Nanda and grandchildren Navya Nanda and Agastya as they took a flight for Russia. He even left his followers on Instagram in splits as he captioned one of the photos as. “… the family that Mobiles together, stays together..”

Photos of Amitabh Bachchan and family 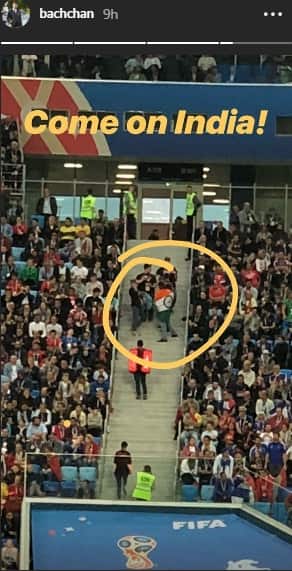 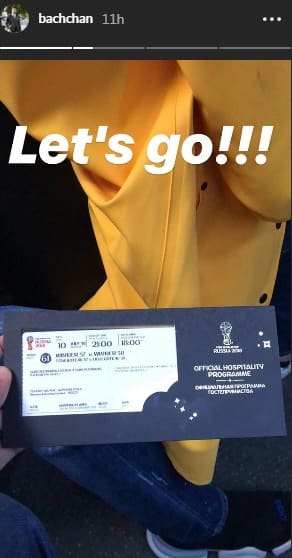 While Amitabh and Abhishek went to witness the football madness live in Russia, Aishwarya Rai Bachchan took daughter Aaradhya to Disneyland in Paris. A video of them went viral on social media. Also, the Fanney Khan actor shared a beautiful photo of Aaradhya posing in front of the Eiffel Tower. 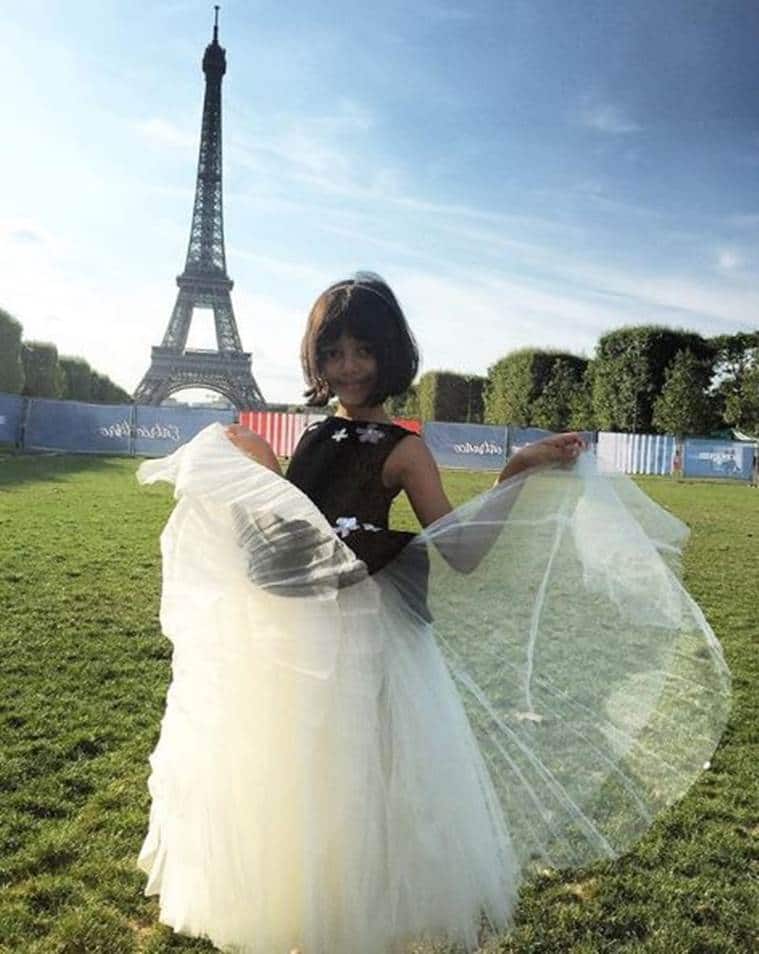 On the work front, the three Bachchans–Amitabh, Abhishek and Aishwarya will soon entertain the cinephiles with their films. While Aishwarya’s Fanney Khan will hit theatres on August 3, Abhishek’s Manmarziyaan will release on September 7. Amitabh has Thugs of Hindostan, Brahmastra and Badla in his kitty.