Amitabh Bachchan once spoke about how he had to sign crucial hospital formalities for Amjad Khan when the latter had a road accident. Big B remembered that Khan used to call him 'Shorty'. 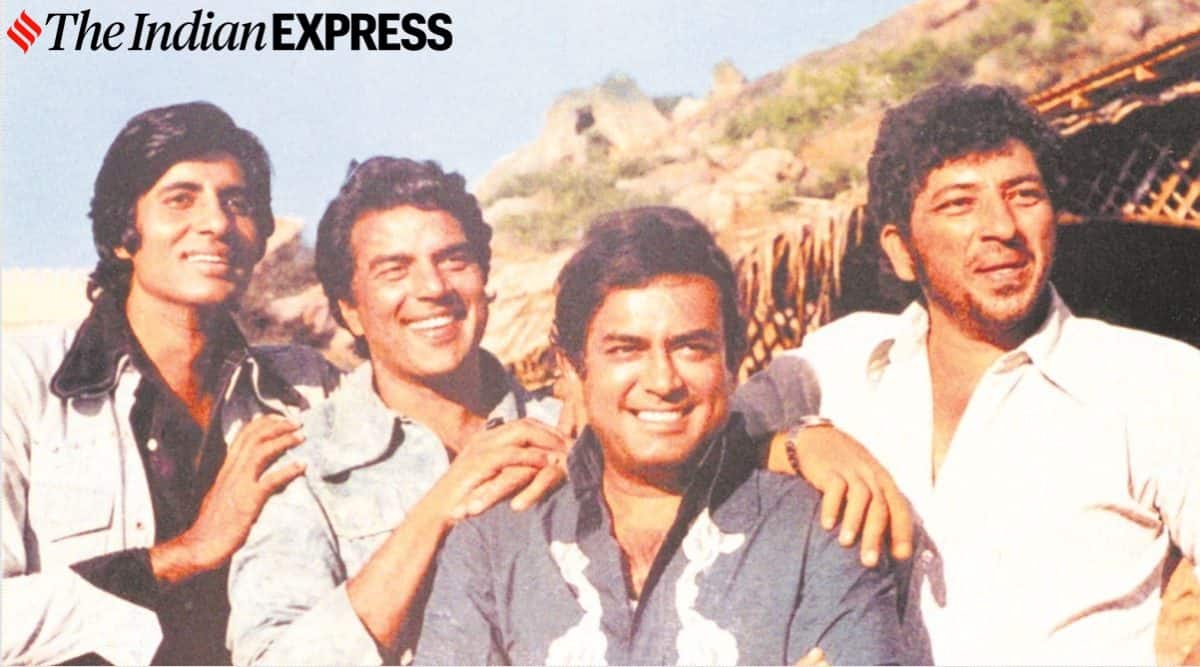 It’s been over 45 years of Gabbar Singh creating menace in Sholay and leaving his imprint on Indian cinema. The film is celebrated for many reasons, not the least of which is this iconic character and the man who set the highest benchmark for cinema villains – Amjad Khan.

On the 29th death anniversary of Amjad Khan, we go back to when his Sholay co-star Amitabh Bachchan spoke about Khan as his close friend, and how he once had to sign crucial medical papers for him after a serious accident.

In an interview dated 2016, Bachchan had told Filmfare that Khan addressed him as ‘Shorty’ on their first day on the sets of Sholay. Calling him a ‘friend of friends’, Big B recalled the time when Khan had a major road accident and how Bachchan did the hospital formalities.

The incident happened when both the actors were to begin shooting for The Great Gambler (1979) in Goa. Amjad Khan was driving down with his family from Mumbai when he met with a terrible road accident. With no one coming to his rescue, he managed to drag his injured wife and two kids to a Panjim hospital before slipping into coma himself. Khan had punctured his lungs due to broken ribs. “I had reached Goa earlier and on coming to know of the incident rushed to meet him. The scenario was grave. He was unconscious and breathing with difficulty. He needed immediate surgery. The doctors did not advise shifting him to Mumbai,” Bachchan told Filmfare.

His family had been taken to Mumbai by then. Now, since nobody was ready to take the responsibility of Khan’s surgical procedure, Amitabh Bachchan came forward. “The document absolves the doctors of any untoward incident during an operation. When none of the production members were willing to give the signature, I took it on myself and signed the paper. I spoke to his family in Mumbai and they gave consent. The surgery went off well. I organised for a chartered flight to take him back to Mumbai soon after. He survived and recovered to be back with us on the set. The incident brought us even closer,” the superstar reminisced.

Calling Amjad Khan “universally loved by the industry,” Senior Bachchan shared how Khan later wrote him “the most emotional and endearing letters” which he has preserved even to this day.

Amitabh Bachchan, later faced a similar near fatal accident on the sets of Coolie. That’s when Khan visited him at the hospital and to give him company. “We would laugh and joke on the similarities of our hospital episodes. One morning I got a call that he had passed away in his sleep. Shocked and in disbelief, I drove to his house unable to believe that someone so close and full of life was no more. It’s still impossible to believe that he is not with us.”

“A great asset was lost that day and a great friend,” Bachchan concluded.

Due to the road accident, Amjad Khan had to be replaced by Utpal Dutt in The Great Gambler. Amitabh Bachchan and Amjad Khan worked in over two dozen films including Muqaddar Ka Sikandar, Yaarana, Laawaris, Satte Pe Satta, Naseeb, Kaalia, Ganga Ki Saugandh and Mr. Natwarlal.

Deported by US, Haitians are in shock: ‘I don’t know this country’

From TV to the French presidency? A right-wing star is inspired by Trump
India News