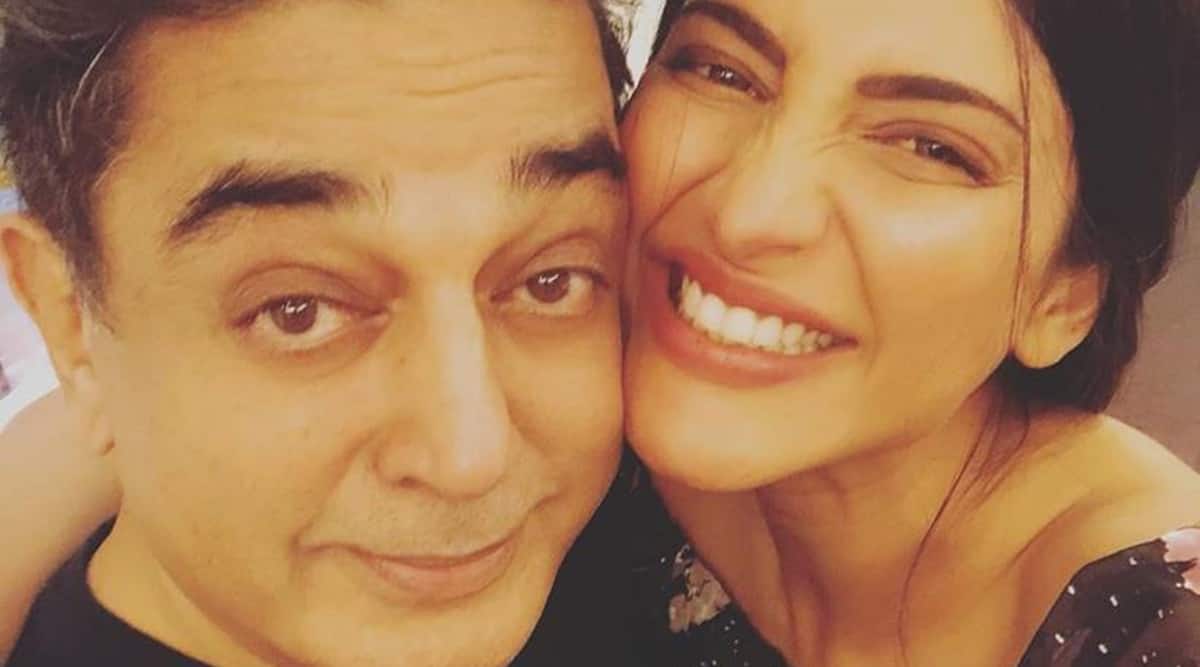 Superstar Kamal Haasan might have lost the battle of Coimbatore South in the recently concluded Tamil Nadu Assembly elections, but for actor-daughter Shruti Haasan, it’s his fighting spirit she will always be proud of. Shruti took to Instagram on Sunday to shower affection on her father shortly after Tamil Nadu election results were announced.

Makkal Needhi Maiam leader Kamal Haasan faced defeat on his poll debut. BJP’s national women’s wing leader Vanathi Srinivasan, who was trailing initially, gained momentum in the second half of the day and managed to beat the Tamil actor by a slender margin of over 1,300 votes. Posting a picture of her father on an Instagram story, Shruti Haasan wrote, “Always so proud of my Appa. #Fighter #Terminator.” 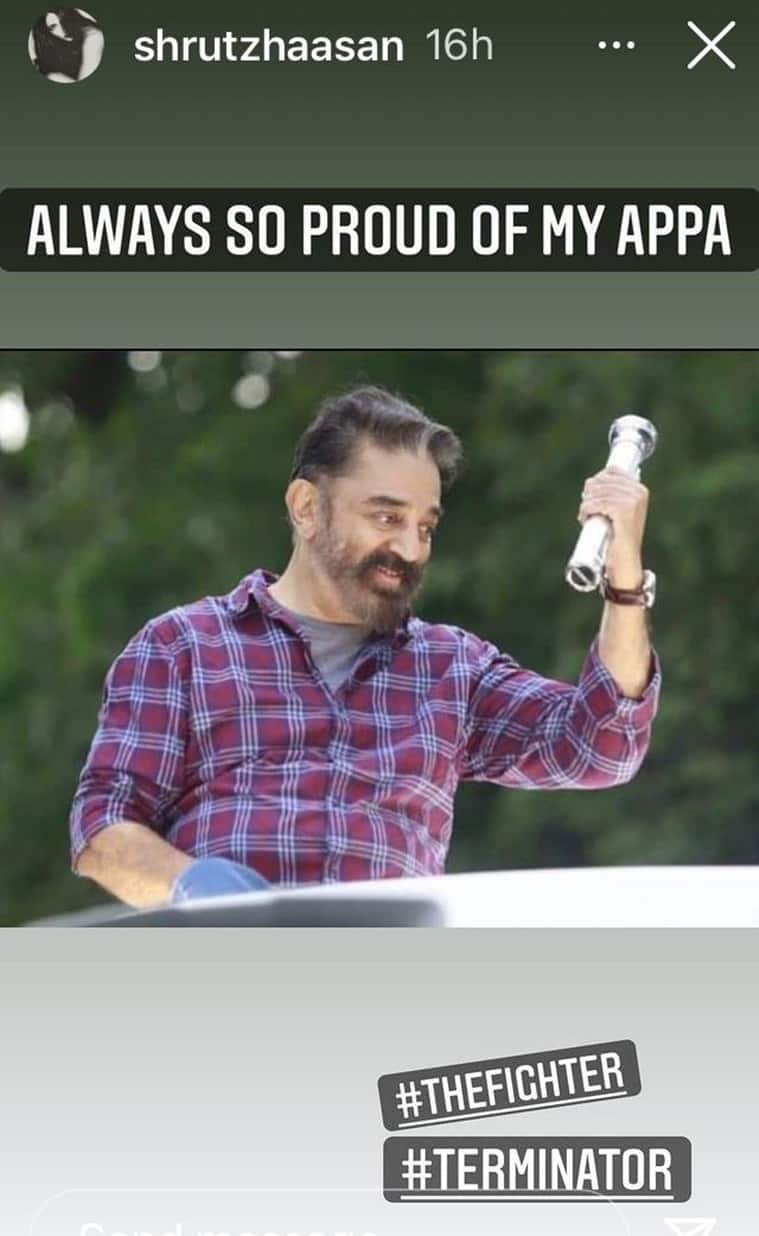 The Coimbatore (South) constituency saw a three-way battle between Haasan, Vanathi and Congress candidate Mayura S Jayakumar. In the first couple of hours, Jayakumar gained some momentum but soon Haasan took the lead. The contest then looked like an easy finish for the Tamil superstar until Vanathi made inroads. Since afternoon, the votes swung like a pendulum between tge BJP and MNM. Till the 22nd round, Haasan was leading the contest but from thereon, Vanathi never looked back.

On the acting front, Kamal Haasan has several interesting projects lined up– Lokesh Kanagaraj’s Vikram with Fahadh Faasil and S Shankar’s vigilante action thriller Indian 2, which is the sequel to the actor’s 1996 film.