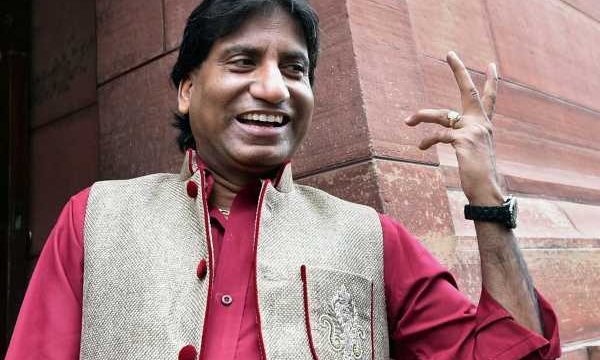 ‘Today’s generation can learn from him how not to hurt anyone’s sentiments at a time when many stand-up comedians deliberately set out to do so.’

On September 21, actor-comedian Raju Srivastav passed into the ages in Delhi after suffering a heart attack on August 10. He was only 58 and left behind not just an inconsolable family but also countless fans, friends and colleagues.

One of those deeply saddened by Srivastav’s passing is well-known stand-up comedian Sunil Pal, who considers him his mentor.

In a heart-to-heart with Rediff.com Senior Contributor Roshmila Bhattacharya, Pal dug out a video from happier times and says, “I would call him ‘Young Senior’ because he was more spirited and energetic than all of us, performing for two to two-and-a-half hours on stage. Log unhe nahin chhodte the aur woh bhi unhe nahin chhodte the (The audience didn’t want to leave him and he didn’t want to leave them).”

Six months ago, I dropped by Rajubhai‘s office and soon, the visit turned into an impromptu mehfil.

A big Kishore Kumar fan, he had some favourite songs, one of them being the motivational Laxmikant-Pyarelal composition from Mr India, Zindagi Ki Yahi Reet Hai.

I started recording the moment we started singing it, and the session ended with much laughter.

That music masti video is one of my most treasured memories of Rajubhai today.

When he was still battling for his life and I wanted him back in mine, I uploaded it on social media.

The love it got was heart-warming and went on to show just how much people were rooting for him to recover. 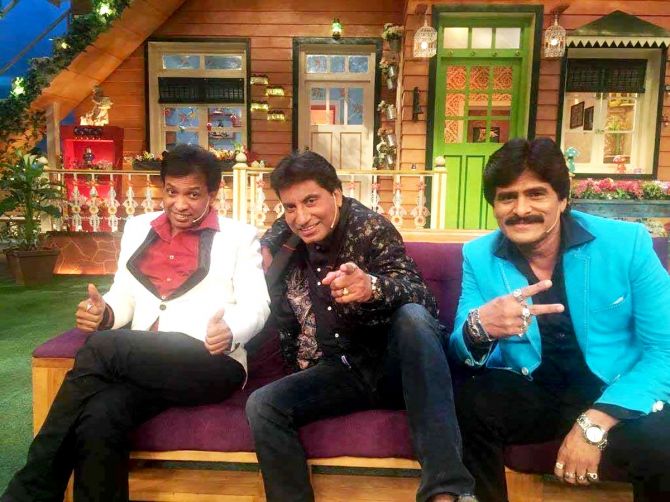 My association with Rajubhai goes back 25-26 years.

I had heard a cassette of his, released by T-Series, when still living in Mursa village in the Bhadravati taluka of Maharashtra and decided then and there that I had to meet Raju Srivastav if I ever came to Mumbai.

I came to the city in 1995 and with the help of his younger brother, Deepu Srivastav, set up a meeting with Rajubhai at BR Theatre where he was dubbing that day.

He listened to my stand-up comedy act, laughed a lot and praised it. He gave me Rs 500 and asked me to stay in touch.

Bade dilwale insaan the (he was a large-hearted man), who didn’t think twice about helping the needy.

From that day, he became my mentor.

He taught me to observe things closely, how to appear confident on stage and talk to the audience.

He fed me, supported me and gave me breaks in his cassettes.

‘In the school of humour, he was a class apart’ Rajubhai was a natural comic. His comedy very desi and rooted in villages, which accounted for his mass appeal.

In the school of humour, he was a class apart.

He could crack jokes about big names standing in front of them and not offend them.

Today’s generation can learn from him on how not to hurt anyone’s sentiments at a time when many stand-up comedians deliberately set out to do so, so police cases are filed against them, channels chase after them and they become media celebrities.

We did a number of films together, starting with Apna Sapna Money Money in 2006, Bombay To Goa a year later and Bhavnao Ko Samjho in 2010, the latter written, produced and directed by me, in the Guinness Book of World Records for featuring 51 stand-up comedians in a single film.

Shooting with Rajubhai was a lot of fun because he was an extremely down-to-earth man with absolutely no airs. He would sit and eat with his juniors and make us laugh with his wit. Fifteen days before he collapsed, I had met Rajubhai for a video byte for my upcoming film, Gaali Galoch, which is against the growing trend of using abusive language in comedy that he strongly disapproved of.

He was more than happy to oblige, but soon after, he suffered a heart attack.

That video byte will remain a dream now.

Did he have health issues?

I wouldn’t know because Rajubhai never shared his dukh dard (problems) with anyone. He only wanted to spread laughter and joy around.

He had not only carved a niche for himself in the industry, but he was also successful in politics. As chairman of the Uttar Pradesh Film Development Council, he had helped a lot of film-makers.

But he trusted people too easily and some of them let him down.

Dil se sochte the, dimag se nahin (his heart ruled over his head), perhaps that why he suffered a dil ka daura (heart attack).

‘I entreat the government to give Raju Srivastav the Bharat Ratna’ 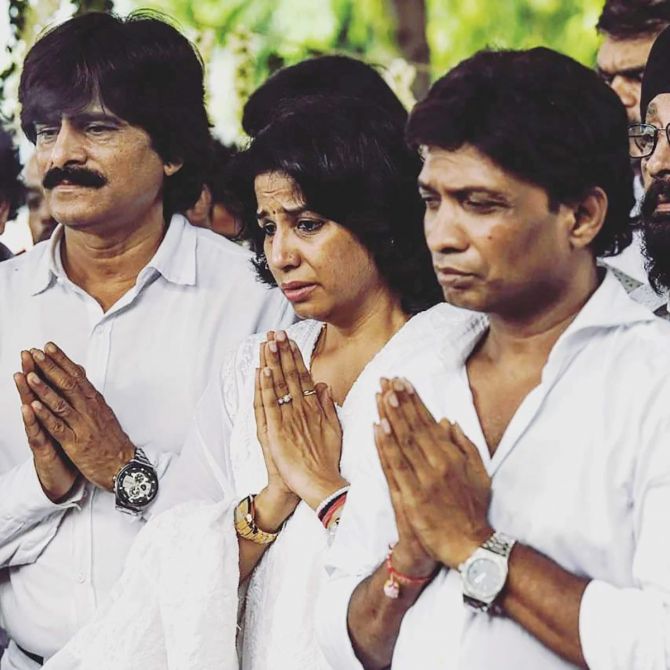 In the weeks since he was admitted to AIIMS, Delhi, on August 10, I tried to meet him innumerable times.

But he was in ICU. It was a high-profile case and security was tight, so I couldn’t.

Occasionally, I would speak to his brother or bhabhi (wife Shikha Srivastav), but they were understandably preoccupied.

But he was in my prayers every day and I always thought he would come back to us.

Lag raha tha koi chamatkar hoga (I was confident of a miracle happening).

I had faith in God par Kudrat ne unke chahnewalon ke saath bada zulm kiya (but God took him away from his loved ones too soon).

His loss can only be compensated by giving him the highest honour of the land.

His dream was that a biopic should be made on him.

I would love to play Rajubhai in a film that traces ek sadharan zindagi par unchh vichar (an ordinary life but noble thoughts).

I would like to conclude with one of Rajubhai’s witticism: