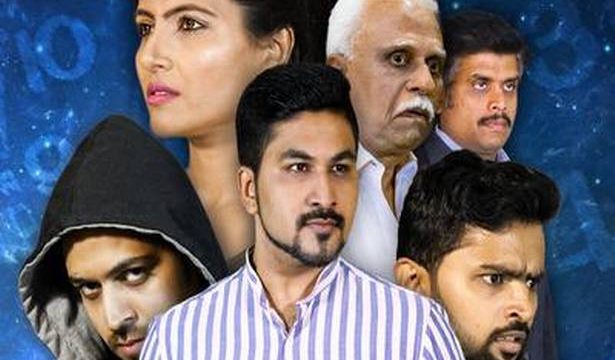 Director Goutham Kanade and lead actor Kashyap Bhaskar talk about ‘Stabiliti’, which tells the story of a cyber terrorist and the RAW officer out to capture him

Bengaluru is known as the IT hub. When one thinks of the average software person, one thinks of a lanyard toting, app-addicted geek. Like everything else, while formulating in a phrase is easy, there are many sides to the techie including a filmmaking one.

Goutham Kanade, is the latest techie-turned filmmaker with the Kannada science fiction film, Stabiliti. Goutham has written, directed and produced the film, which features Kashyap Bhaskar in the lead.

“We are comfortable with technology, have the skills to use it and clubbed with our passion for filmmaking created a scientific thriller,” says Goutham. “I believe Kannadigas love science, technology and fiction. We brainstormed and came up with Stabiliti.”

While Goutham has quit his job to focus on the film, Kashyap says the team is made up of working professionals. “We would work through the week and save our weekends for the film. The film was made during the weekends, including the writing, shooting, editing etc…”

Kashyap describes himself as a typical Bengalurean. A mechanical engineer, Kashyap says he developed a passion for acting by fluke. “It all started when my wife, a fashion designer, made me model her designs or walk the ramp for her shows. That introduced me to the world fashion and glamour and I soon found myself dancing. I am not into classical dance, leaning instead towards hip-hop, Bollywood and jazz styles.”

Goutham and Kashyap are neighbours. “I had heard about Goutham as the ‘techie who makes short films’. He approached me asking if I would be interested to get on board. I was thrilled.”

“Stabiliti is a low budget film,” Goutham says. “We had to work during the week to earn our livelihood. This is a cyber crime story. It is about a terrorist , who uses technology to promote E-terror in our country. He is tech expert and hacker. He is part of a huge terrorist group, and is assisted by a renowned scientist. You will not see bombs going off in the film. an all that. This is a very different kind of a story.”

Kashyap says Goutham was very particular about making the film in a realistic manner. “There will not be songs and dance sequences. The story is content based. Goutham was particular about how I portrayed my character. I play a RAW agent. We worked hard on the character’s body language and look so that he comes across as a man doing his job — catching the bad guy.”

The film is in post-production with a couple of days of shoot left according to Goutham. They are looking at an October release.