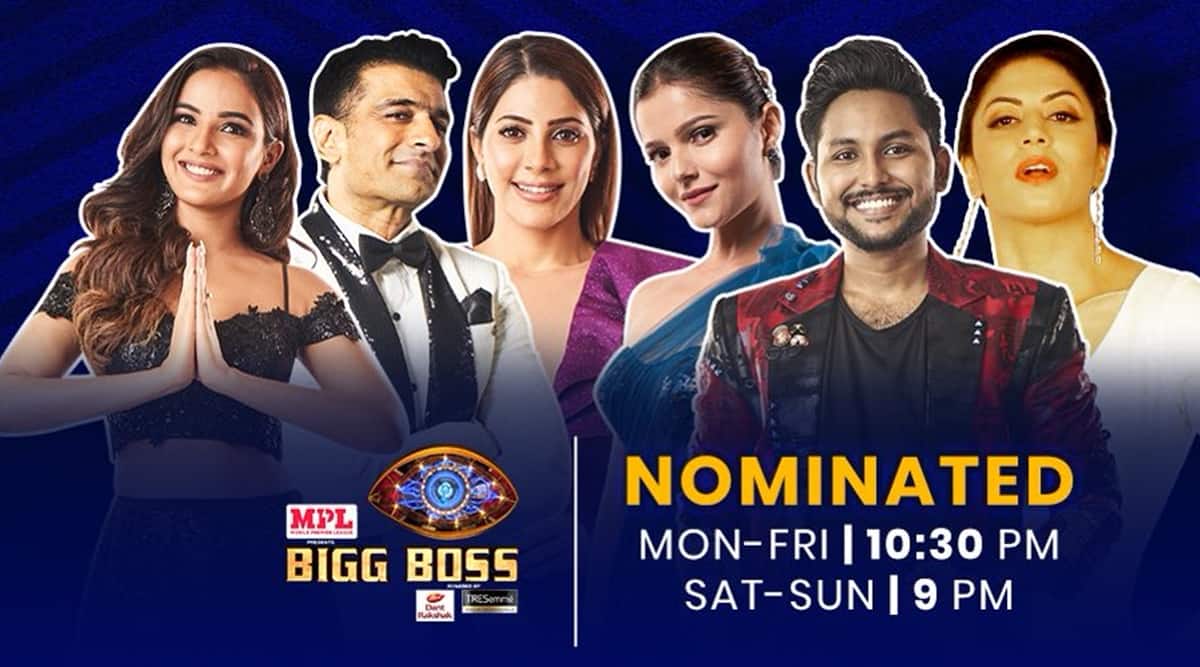 This week, Bigg Boss 14 was all about fighting during the captaincy task and the nomination task which changed the dynamics of the house.

It all began with a nomination task wherein Aly Goni was given the power to nominate six contestants of his choice. Later, only four contestants got the chance to make changes to Aly’s decision. After the entire task, Rubina Dilaik, Nikki Tamboli, Eijaz Khan, Kavita Kaushik, Jaan Kumar Sanu and Jasmin Bhasin got nominated for eviction. Their fate will be decided today in the Weekend Ka Vaar episode with host Salman Khan.

The captaincy task had the house divided into two teams, led by Rahul Vaidya and Rubina Dilaik. While Jasmin, Aly, Jaan and Kavita decided to support Rahul for captaincy, Abhinav, Pavitra, and Eijaz supported Rubina. During this task, Jasmin and Rubina’s friendship became a little bit sour since the former joined the opponent’s team and Rubina also didn’t trust the Dil Se Dil Tak actor. However, because of the mayhem created by the contestants during the task, Bigg Boss cancelled the task.

The other day, only the four previous captains of the house, Jasmin, Aly, Eijaz and Kavita got a chance to become the next captain. After fighting for it for over 24 hours, Kavita managed to win captaincy.

Coming to relationships inside the house, while we once again got to see Pavitra Punia and Eijaz fighting, Jaan and Nikki were seen getting together once again. Aly and Jasmin continue to be thick friends as always. Rahul has also found a good friend in Aly and Nikki has become closer to Kavita. But, the audience got to witness some disagreements between Rubina and Abhinav.

Indianexpress.com’s Arushi Jain gave a recap of what happened in Friday’s episode of Bigg Boss 14. She also revealed what the audience can expect from Saturday’s episode of Weekend Ka Vaar with Salman Khan.

In today’s episode of Bigg Boss 14, Ekta Kapoor will give a task to Rubina Dilaik to act as Pavitra Punia.

Praising Rahul Vaidya’s decision in the captaincy task, former Bigg Boss contestant Vikas Gupta tweeted, “Honesty is not easy to carry in the #BiggBoss14 house but glad you played fair @rahulvaidya23 congratulations @Iamkavitak and @jasminbhasin you did well in the task Smiling face with smiling eyes I still don’t know why did the boys decided to just toss the task away. @ashukla09 is an intelligent man”

In Friday’s episode of Bigg Boss season 14, Kavita Kaushik and Jasmin Bhasin continued their fight to become the captain of the house. After being in a box for several hours, Rahul Vaidya announced Kavita as the next captain. He also stated that Jasmin had lifted her box once during the task, which goes against the rules. While Jasmin lets go of the situation, her friends Rubina Dilaik, Aly Goni and Abhinav Shukla spoke about how Rahul played smart in the game to be in the good books of even the opposite team. Kavita thanked Bigg Boss for an opportunity to prove her strength. During the task, the audience also witnessed Aly getting into an argument with Pavitra Punia. In that conversation, Aly reminded Pavitra of how she abused Gauahar Khan behind her back when she lost the task to her team. The viewers also saw a difference of opinion between Rubina and Abhinav.

Last week, it was Shardul Pandit who had to walk out of the house after getting lesser votes. After his eviction, he told indianexpress.com that he has no bad feelings about the show, its host Salman Khan and the creators.

He shared, “Honestly, I am really happy to have gotten this opportunity to be on such a big show. Also, the “Bigg Boss” Salman Khan really appreciated my performance, and he was actually upset with my eviction. I don’t think many contestants get that chance. Usually, people don’t manage to get this amount of respect and love. And of course, I am sad as my journey ended so soon. To be honest, there are so many videos on Voot, where you can see my fun side. However, the makers did not care to put it up. I can’t help if the idea of entertainment is different for them. The house needed happiness, and I went on to add that. I really believe in taking things in my stride. So when people say that I was not seen, I say I was Mr India in the house. I may not have been visible, but I did manage to win hearts.”

Bigg Boss season 14 airs on Colors TV from Monday to Friday at 10:30 pm while on the weekends, the audience can watch the show from 9 pm onwards. It also streams on Voot.