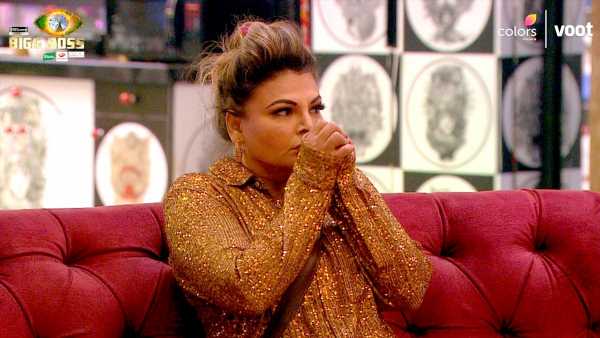 Tuesday’s episode resumes with the Ticket to Finale week task.

In the last round, Rakhi Sawant declares Tejasswi Prakash as the winner as her snowman is well decorated.

Tejasswi removes Shamita Shetty from the game, but team A still wins the task as they have more members and than team B.

With that, Nishant Bhat, Pratik Sehajpal, Devoleena Bhattacharjee and Shamita are safe.

Umar is upset with Nishant as he nominated Rashami during the elimination task. He questions Devoleena for not playing with Tejasswi in the task as they claim to be good friends. 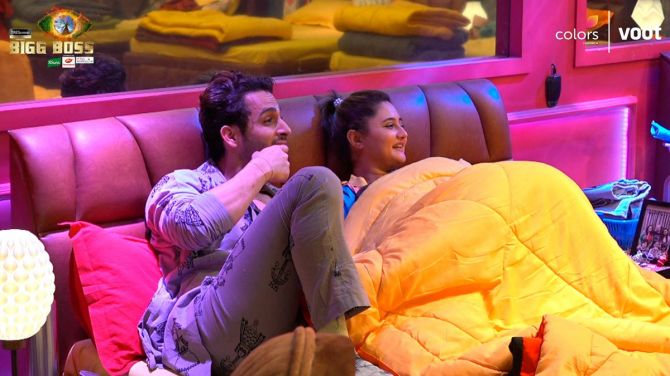 Devoleena makes it clear that Rakhi and Pratik are her two priorities, and then comes Tejasswi.

Umar and Karan get into a heated argument as Karan could not convince Tejasswi to save Rashami during the nominations.

Umar then gets into a spat with Nishant for not supporting Rashami.

It leads to a big fight in the kitchen area. Nishant retaliates strongly and shuts up Rashami.

He says she doesn’t contribute in the task as well as the others do and so she does not deserve to be in the finale week. Tejasswi and Karan chat about latter’s fight with Umar. But soon they starting arguing over who they will support in the next task.

Karan says he will side with Shamita while Tejasswi picks Nishant-Devoleena.

Next, Umar and Tejasswi have an argument, and Karan sides with Umar. Pratik, Nishant and Shamita discuss about Umar being upset with Rashami’s nomination.

The next morning, Rashami talks to Shamita about Nishant being against her. Later, Shamita relays that to Nishant.

Karan also tells Tejasswi about Rashami-Shamita’s conversation. He feels Rashami is provoking Umar against him. 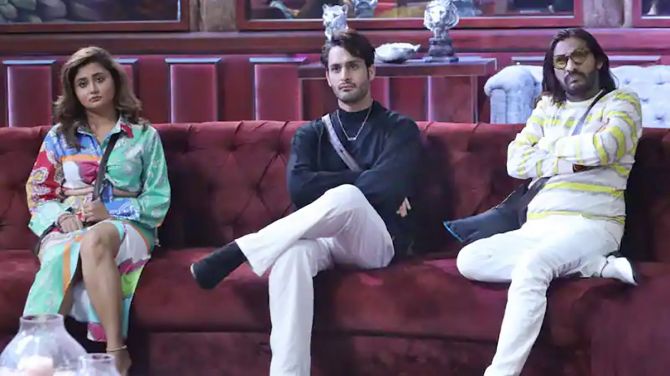 Abhijeet crosses the line and flirts with Devoleena. She gets angry and Pratik asks her to take a stand.

She talks to Bichukle and tells him not make her feel uncomfortable.

In the evening, the new task is announced for the Ticket to Finale week contenders, Devoleena, Pratik, Nishant and Shamita.

Karan, Umar, Tejasswi, Rashami and Bichukle decide to not let the contenders complete the task.

Bigg Boss intervenes and reprimands the non-contenders for planning to cancel the task.

As punishment, Bigg Boss stops the task and announces the next task will be for direct elimination and no one would cancel it. 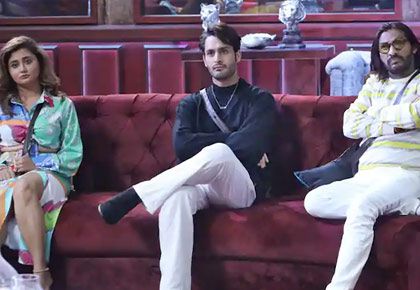