Driven by the desire to start a conversation, Chaitanya Tamhane and Vivek Gomber have formed a successful artistic collaboration that has produced two internationally acclaimed feature films, Court and The Disciple 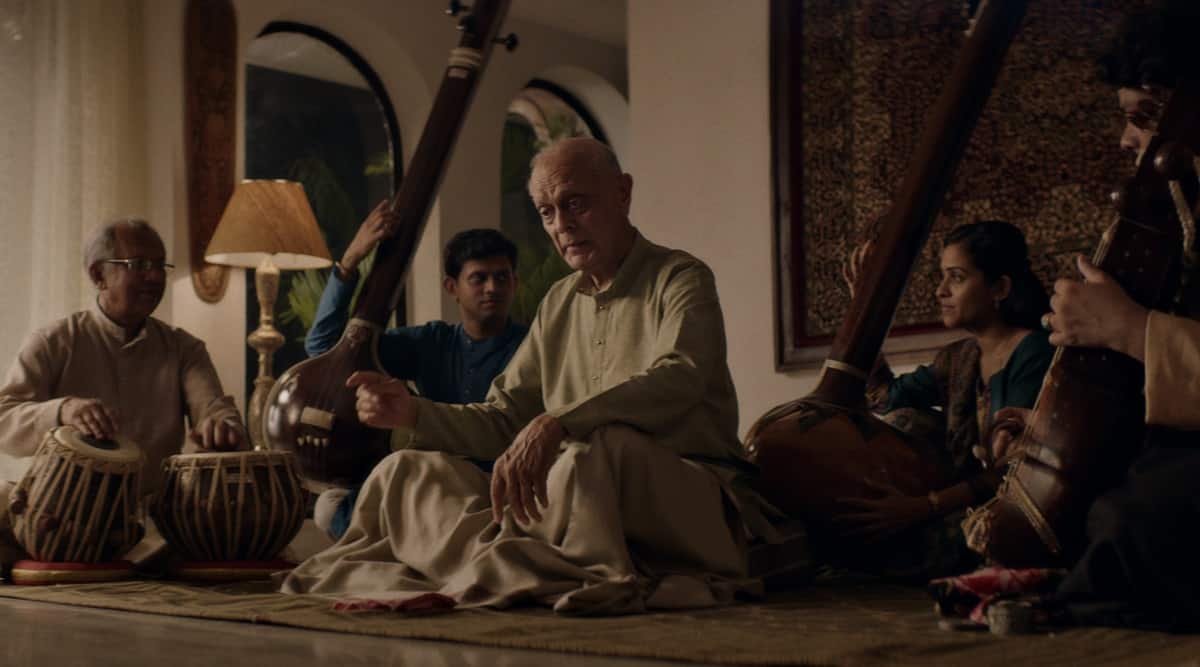 When writer-director Chaitanya Tamhane and actor Vivek Gomber worked on a play together about 12 years ago, they had no inkling that it was the beginning of a rare yet rewarding artistic collaboration. Tamhane, then 21, had written a play titled Grey Elephant in Denmark and was in the process of finalising its new cast. He had by then fallen out with his original cast and was looking for a new lead actor to play the role of a magician. “I had acquired a reputation of being this crazy and arrogant kid on the block,” says the writer-director. Gomber, then a 28-year-old actor looking for more engaging acting assignments, stepped in.

By Tamhane’s admission, they were all “charmed” by Gomber. Still, they ended up having several fights during the rehearsals. “At that time, I used to be much more discontented with things around me. Vivek saw the point in my anger. He took it up as a challenge and delivered what I wanted,” says Tamhane. Gomber didn’t exactly warm up to Tamhane, who was being “a taskmaster” while they were working on the play. But the actor liked working with someone who had a conviction and stuck to it. “I would respond to that (conviction) more than ambiguity and laziness. I loved the text and was excited to perform as a magician and learned the tricks,” recalls Gomber.

The play was staged in 2009 and for the next a few years, they were not in regular touch as Gomber moved to Singapore. After his return to India, it’s their “intense desire to do good work” and “to start a conversation” that reunited them as collaborators. Tamhane was exploring the idea of looking into the Indian legal system and Gomber came forward to help. The result was Court (2014), written and directed by Tamhane, and produced by Gomber, who founded Zoo Entertainment Private Limited. Gomber also played the role of lawyer Vinay Vora in the movie.
Court premiered at the Venice International Film Festival in 2014 and brought Tamhane instant international recognition. Six years later, Tamhane returned to the Venice film festival with his sophomore feature The Disciple, which premiered in its main competition section. Gomber has produced The Disciple which follows the journey of a dedicated classical vocalist as the mastery he strives for, that remains elusive. Oscar-winner Alfonso Cuarón, who was Tamhane’s mentor as part of the Rolex Mentor and Protégé Arts Initiative, is its executive producer. This week, The Disciple released on Netflix, which is also streaming Court.

“I was 23 when I started writing Court. Vivek not only encouraged me to write my first feature film, but also put his own money in producing it. It was not easy. Both of us didn’t have any experience in directing or producing a movie,” recalls Tamhane. Mutual trust and faith in the project made up for what they lack in terms of experience. “I have always maintained that if I am the mother of these two movies, then Vivek is the father,” says the writer-director. These roles, says Gomber, keep changing depending on the situation.

Both Court and The Disciple have travelled to several major international film festivals. That at times can be stressful, believes Tamhane. “At festivals, there is gladiatorial vibes with people betting on movies. That apart, there is an additional challenge when a film is rooted in a cultural context. Both in Court and The Disciple, there is no spoon-feeding or simplification regarding the working of our society,” the director adds.

With three major recent releases — Mira Nair-directed mini-series A Suitable Boy, Rohena Gera-directed feature Is Love Enough? Sir and web-series Bombay Begums — Gomber has been receiving high praise for his performances. “The kind of acclaim and validation that Vivek is getting now does not come as a surprise to me. I tell Vivek that he is like wine and is going to get better with age,” Tamhane says and adds that he is “very protective and possessive about Vivek”. In a lighter vein Tamhane adds that they won’t be able to afford Vivek’s fees anymore. Pat comes reply from Gomber: “I’ve to earn more as an actor so that we can make more movies by Chaitanya.”

Tamhane can’t imagine a scenario when Gomber won’t produce his films. “The process that we follow is very dear to me. That process flows from the producer. During the making of The Disciple, many lent their own photographs and trophies for the production designer to study it. I wanted to give a gift hamper to these people. Vivek would never say no to such a suggestion. He would make sure all the people on the set enjoyed good food. These films exist because of humanity. You take one part out, it is not going to work,” says Tamhane. Gomber adds: “It would be delusional for either of us to think that we have done it on our own.”

Do they still have their arguments? Tamhane says, “Even if we have a difference of opinion, the one who has the stronger conviction wins. We have learnt to trust each other. We don’t fight the way we used to,” says Tamhane. Gomber considers this to be a very rewarding relationship. “To find someone — a friend and artist — to collaborate in this field is rare. We have stood the test of time. We are lucky that we are grown up in a way that our ethos is still similar,” says the actor-producer.

The recent passing away of two key members of their cast — Vira Sathidar, who essayed the role of Narayan Kamble in Court, and renowned filmmaker Sumitra Bhave, who had given voice to the character Maai in The Disciple – came as a huge shock to them. “Vira’s death was hard to fathom. Even though he had strong political views, he was so carefree. To realise that his energy won’t be amongst us is sad,” says Gomber. They were planning to hold a special screening for Bhave before her demise. “She had this zest for life and you would assume that she was invincible. I can’t look at both the movies the same way now,” says Tamhane.