Pop-culture monolith Buffy the Vampire Slayer is at the forefront of our collective consciousness once again, thanks first to executive producer and sometime showrunner Marti Noxon’s voicing regrets over killing off Tara, and also for the news that the show would be getting an inevitable reboot/sequel.

And like the Whedonverse’s answer to Godwin’s Law, when talk turns to Buffy, its controversial season six is bound to come up sooner or later. Reviled at the time to the point that fans allegedly started calling it ‘season sucks’ (ouch), the series undid Buffy’s heroic season-five self-sacrifice and messed with the tried-and-tested ‘Big Bad’ formula.

It’s remembered for being a mess – and an unsettling mess at that – but we’re here to argue that its reputation as the worst season of Buffy just isn’t fair. It has its flaws – just like the series as a whole – but it’s great TV that anticipated how the medium would change years later. Here’s how. 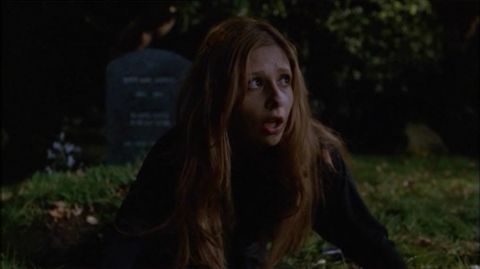 One of season six’s greatest strengths turns out to be one of the reasons we didn’t like it when it first aired in 2001-02. Buffy‘s previous tragedies (barring, notably, the death of her mum in season five) had tended to be the result of supernatural evil, but now the darkness was all around – in work, in love, even in Buffy’s heart itself – and it didn’t feel like the fun teen show it had started as years before.

And the most memorable, painful and controversial event of the season would pivot not around evil magic or dastardly demons, but a stray bullet fired by an angry human with a gun.

Maybe it’s because we’re jaded adults now, but that very darkness, that acknowledgement that life is complicated, is what makes the season so engaging. Much of what happens is payoff from mistakes in the past (sometimes a long time coming), whether that’s Buffy’s resurrection, her struggle to find her place in the world, or Willow’s superpowers. The trippy finale of season four established firmly that magic comes at a cost, and two years later, those chickens are definitely coming home to roost. 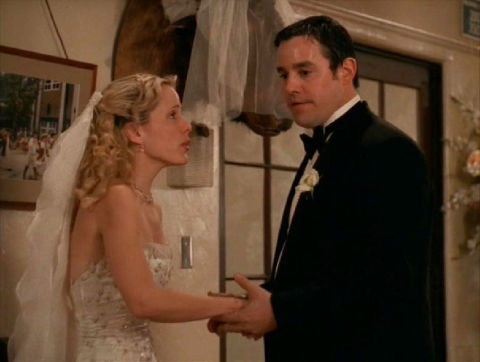 Perhaps you were upset when Xander jilted Anya on their wedding day? Don’t be – it’s just further proof that Xander is the absolute worst – a creep and a terrible friend – and the closest the show gets to admitting it. In no way should Anya have married him.

When Buffy tries to give viewers what they think they want, it devolves into the superpowered fan service that was season four with its lame Frankenstein’s monster rip-off Adam vs magic Superman-Buffy. Season six isn’t always an easy watch, but it’s true to the spirit of the show.

(And don’t forget that the series had some classic Buffy comedy moments, from our hero’s repeated attempts to find a job to the magical amnesia and loan-shark-who-is-actually-a-shark of ‘Tabula Rasa’.) 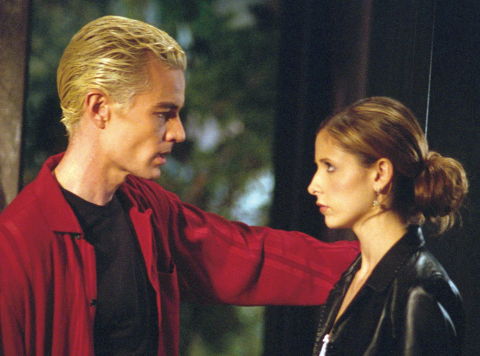 The show may have ended over 15 years ago, but ship-to-ship combat will still break out instantly at the mere mention of whether Buffy should be with Angel or Spike.

We can’t talk in terms of her ultimate mental health and future happiness, but season five proves that her relationship with Spike is much more entertaining than watching her mope over mopey Angel until the resulting mope-nado threatens to drown us all. 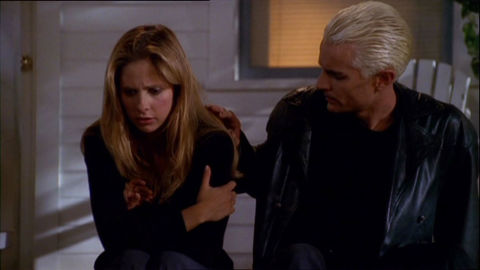 The sinking realisation that a literal soulless monster is the only person who understands what she’s going through. The dramatic lovemaking and violent destruction. Spike’s dawning comprehension that maybe he isn’t as soulless as he thought – it all makes for Buffy’s most entertaining relationship, as well as dealing with some powerful themes of abuse and entitlement that Angel dodged when he waltzed off to hell (and, later, Los Angeles).

And don’t you dare bring up Riley. He doesn’t even get a look in. 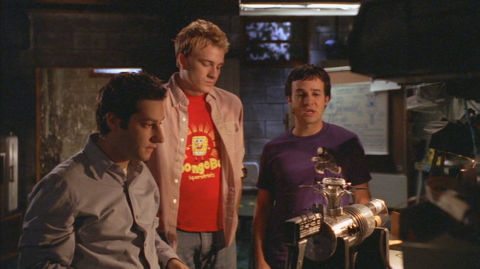 With the benefit of hindsight, Buffy the Vampire Slayer season six looks way ahead of its time.

With their goofiness that hides a serious menace, The Trio’s villainy feels incredibly prescient in post-Gamergate world where resentful ‘Incels’ perpetrate mass shootings against a society that they think has conspired to deny them some sort of imaginary sexual birthright. Particularly uncomfortable is the portrayal of Warren Mears (Adam Busch), who enslaves and eventually kills his ex, and kicks off the dramatic climax of the season by attempting to murder Buffy after she humiliates him.

What might have seemed far-fetched at the turn of the millennium is all too believable today. 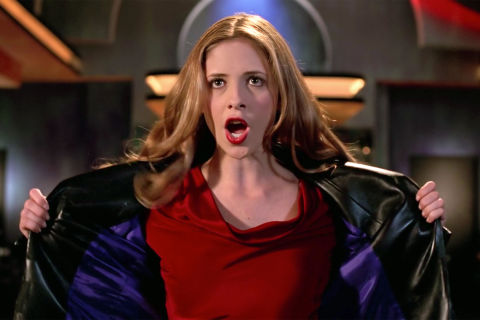 Season six also interrogates the pervasive trope of the ‘Strong Female Character’ – a tough-as-nails, machine-like woman who embodies supposedly masculine qualities like physical power and emotionlessness – even more closely than the show has ever done before. We’ve seen Buffy as the hero and saviour, even the willing sacrifice, but in this season she reaches a point where no amount of punching or stoically burying her feelings can dig her out of this hole. Ultimately, it’s Xander (still awful) who prevents the apocalypse, while Buffy is stuck in a literal pit futilely bashing an endless army of monsters.

The season also plays with the medium in some fun and clever ways. It probably wasn’t the first time we saw a musical episode (‘Once More with Feeling’) or an ‘is this all a dream’ delusion (‘Normal Again’), but the Emmy-nominated former is still the best example of a musical episode (that also furthered the overall season plot), while the latter dared to suggest that maybe Buffy’s amazing adventures really are all in her head. 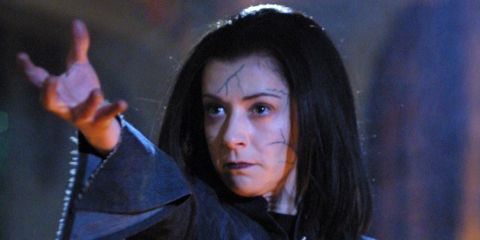 We aren’t going to pretend that Willow’s turn as the big bad of season six wasn’t without its flaws. The ‘magic is addictive’ storyline is an interesting and compelling idea – what would seemingly limitless power do to your mental state? – that suffered sometimes in the execution, especially when the metaphor broke down and magic became almost literally an intoxicating drug.

Tara’s death was also an unfortunate case of another LGBTQ+ victim in a show, and it remains a genuinely painful death to watch, coming as it does immediately after her reconciliation with Willow. But it at least has narrative purpose, unlikely the completely mean-spirited execution of Anya in the show’s season-seven finale (kill Xander, for goodness’ sake). 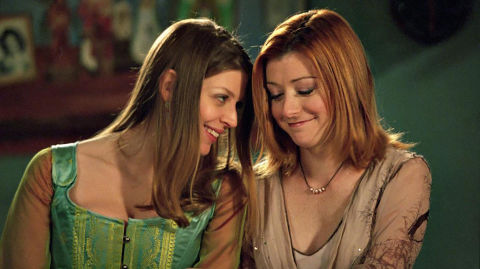 And having faced a goddess in season five, how do you up those stakes? Season six chooses to look inwards and explore how mental illness and tragedy can tear us apart from within. It’s daring, and even if the execution isn’t flawless, we choose this over any attempt to up the ante by facing Buffy off against a conjoined triplet mega-god or equally batshit equivalent.

Buffy the Vampire Slayer season six is a tough watch that challenges its audience. It’s a hard but rewarding watch, and a worthy entry in Buffy’s story that deserves to be ranked above seasons four and seven at the very least. Stock up on tissues and lock yourself in for a weekend rewatch then try to tell us we’re wrong.