EastEnders dealt some shocking blows to both Halfway and Hayley in Tuesday’s (July 31) episode.

Halfway (Tony Clay) was still reeling from being wrongly led to believe that his girlfriend Whitney Dean (Shona McGarty) tried to kiss his brother Stuart (Ricky Champ). It was yet another of the villain’s manipulations to turn Highway against the Carters.

Spurred on by Stuart telling him about Whitney and Mick’s infamous kiss, a heartbroken Halfway broke off his relationship with a distraught Whitney, once again playing directly into Stuart’s plotting.

Stuart plotted to hook his brother up with another girl when the two hit up E20 later in the evening, but Halfway couldn’t shake the doubts that his older sibling may not have told him the whole truth about Whitney. 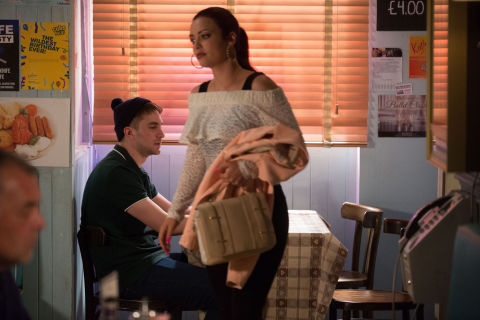 After asking around at E20 if anyone had seen Whitney’s confrontation with Stuart the previous night, Jay Brown (Jamie Borthwick) set the record straight by telling a shellshocked Halfway that there was definitely no kissing going on.

Now realising that he’d been tricked into turning his back on the Carters and leaving his girlfriend, Halfway was left wondering if he could ever trust Stuart again. Unfortunately for Halfway, it seems he’s lost Whitney forever too.

Halfway seems to have lost his EastEnders fanbase as well.

Hayley Slater (Katie Jarvis) had serious trouble of another kind, after confessing to Jean (Gillian Wright) in last night’s episode that she was pregnant.

None of the rest of the Slaters know the secret, so Jean was understandably worried when Hayley went off moped riding with Kat (Jessie Wallace) to learn the cab driver’s Knowledge.

Jean was right to worry because an accident sent Hayley tumbling off the moped, and into A&E — where she was terrified Kat would learn her pregnancy secret during the doctor’s examination. 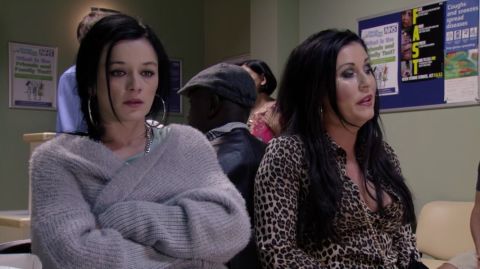 Since Kat has no clue about Alfie fathering Hayley’s baby (or that she is indeed pregnant at all), Hayley lashed out at her relative to get her to leave the hospital before the secret could be exposed.

Kat took the bait and stormed off, but luckily Jean arrived to console Hayley as they fortunately received news that the baby was still perfectly healthy.

There was yet another bonding moment between the two when Jean helped Hayley realise what a blessing the baby would be, after Hayley initially said that she wanted to give the child up.

Viewers are loving the growing bond between Hayley and Jean:

Elsewhere in the episode, sneaky teen Hunter Owen (Charlie Winter) overheard his new boss Ian Beale (Adam Woodyatt) confiding in Masood Ahmed (Nitin Ganatra) that he wanted to marry Mel (Tamzin Outhwaite) within a year… and will likely use that bit of gossip to his advantage in the future.

EastEnders returns on Thursday (August 2) at 7.30pm on BBC One. 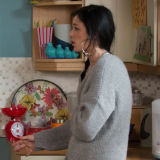 Digital Spy Soap Scoop video – hit play below for all the latest EastEnders spoilers, as Jean discovers the truth about Hayley and Ian gets manipulated by Mel and Hunter.

Is There Still Going to Be a ‘Paddington 3′? Find Out the Latest Update!