Norman Lear must be one happy guy because he’s just landed the deal of his career.

Sitcom legend Lear, who lit up TV screens in the ’70s, has just signed a mega contract with Sony Pictures Television to reimagine classic series from his back catalogue.

All In The Family, The Jeffersons, Good Times, Maude and Mary Hartman, Mary Hartman are all up for a potential reboot under the deal.

Lear, who turned 96 recently, currently serves as executive producer on Netflix’s comedy-drama One Day at a Time — itself a reboot of his well-loved ’80s comedy. 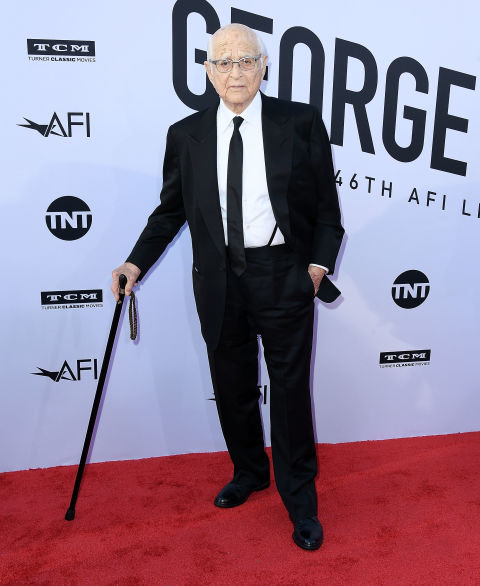 “We couldn’t be more thrilled to be expanding our relationship with Brent and Norman,” Sony Pictures TV President Jeff Frost and co-presidents Chris Parnell and Jason Clodfelter said in a joint statement.

“Norman is an icon in our industry and it’s a dream come true to be working with him. We’re excited to create more magic with Norman and Brent.”

For those of you who don’t remember him, Lear won four Emmys for All In The Family and is the proud owner of a Peabody Lifetime Achievement Award.

All In The Family ran for nine seasons between 1971 and 1979. It followed the life of a working class man who constantly squabbles with his family in hilarious fashion.

It grew into one of the decade’s most-loved series and Lear became television royalty.

Speaking about the new deal, Lear said: “I couldn’t be prouder and more excited about joining Sony Pictures Television, who has the guts to go with a kid.”

See, who still cracks jokes as good as that in their nineties?!