The makers of Hotel Milan unveiled two posters recently. Directed by Vishal Mishra and produced by Haresh Patel, the film stars Kunal Roy Kapur, Karishma Sharma, Jaideep Ahlawat, Zeishan Quadri, Rajesh Sharma and Zakir Hussain. It is almost certain that the film will inspire controversy with its theme of anti-romeo squads (groups of men appointed by the UP government under Chief Minister Yogi Adityanath to safeguard college-going girls) and political hooliganism in the state of Uttar Pradesh.

The posters show the main actors and road signs with “Anti-Romeo squad” written on them. In one poster, Kunal Roy Kapur is sitting with a rose in his mouth, as Zeishan, Karishma and Jaideep look on. In another poster, Jaideep takes the centre stage. He is sitting on an open jeep that has “Anti-Romeo squad” written on it. Kunal, Zeishan and Karishma’s faces are plastered to the wall in wanted posters. Hotel Milan director Vishal Mishra said, “It’s my pleasure to collaborate with Hareshji who has three decades of experience in production and distribution. He signed me within minutes after our first narration. It’s quite a daring film and I’m blessed to have a team with a big heart.” 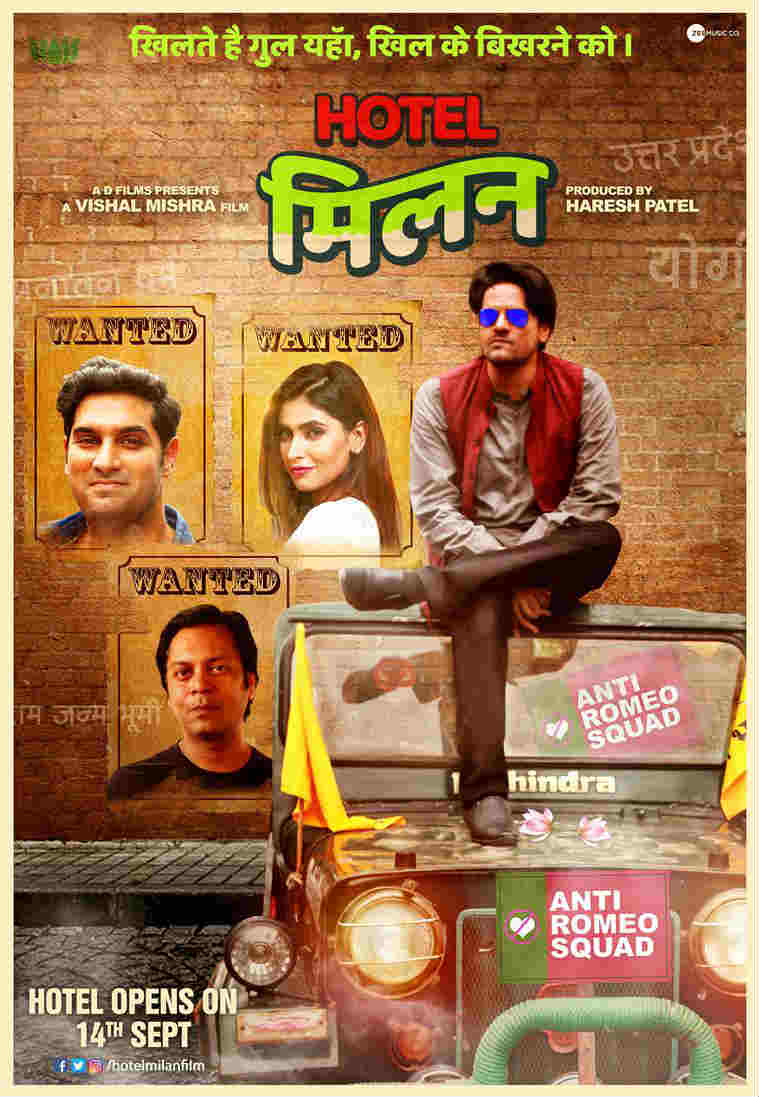 Hotel Milan has a great cast. Kunaal Roy Kapur has given strong performances in movies like Delhi Belly and Nautanki Saala. Karishma Sharma made her Bollywood debut in Pyaar Ka Punchnama 2 and has appeared in TV shows before. Jaideep Ahlawat’s work in Gangs of Wasseypur and more recently Raazi was applauded. Zeishan Quadri played the fan-favourite Definite in the second part of Gangs of Wasseypur and co-wrote the film.

Hotel Milan is slated to be released on September 14.