Malayalam superstar Mohanlal will return to the screens today with a thriller film called Neerali, which in Malayalam means octopus. The film is helmed by engineer-turned-editor-turned-director Ajoy Varma. A Malayali, born and raised in Mumbai, Ajoy will be making his directorial debut in Malayalam with the Mohanlal-starrer, which is written by Saju Thomas.

The trailer and posters have promised a thriller that follows one man’s fight for survival against towering challenges. The film is also said to be high on special effects and action. Neerali has a lot of expectations to meet at the box office.

Neerali is the first Mohanlal film to release this year. He was last seen in director B Unnikrishnan’s crime thriller Villain. And he also made a brief appearance in Jeethu Joseph’s Aadhi, which was his son Pranav’s screen debut. Barring Munthirivallikal Thalirkkumbol, Mohanlal’s last year films were all underwhelming and fell way beyond the expectations. Neerali may just be the Mohanlal film we have been longing to see. The seasoned actors reunite onscreen after a gap of more than three decades. Judging from the trailer, Nadia plays the pregnant wife of Mohanlal, whose life is hanging in the balance deep inside a jungle. The two also seem to share a charming chemistry in the film. The last film in which we saw the duo share screen space was Nadia’s debut movie Nokketha Doorathu Kannum Nattu.

Directed by Ajoy Varma, Neerali promises to be an edge-of-the-seat thriller with dollops of drama. The trailer shows us Mohanlal’s Sunny stuck in his car, which hangs in the balance at the edge of a cliff. He also has poisonous reptiles and numerous other challenges to solve in an immensely stressful situation if he wants to get back to his pregnant wife alive. 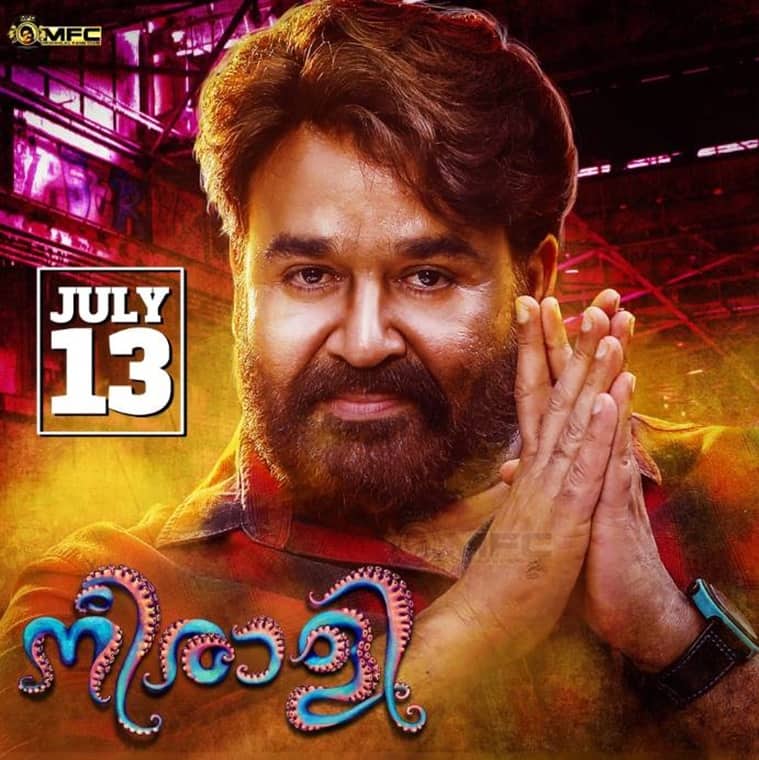 Ajoy Varma has put together a team of highly talented actors for his debut Malayalam film. Besides Mohanlal and Nadia, the film stars Suraj Venjaramoodu, Nassar, Dileesh Pothan and Parvatii Nair among others.

The makers of Neerali have said that the film will be an action-packed adventurous outing. The action sequences have been choreographed by one of the leading Bollywood stunt directors, Sunil Rodrigues, who has films like Slumdog Millionaire, Happy New Year and Dilwale among others to his credit.