Freda Black, who appeared in Netflix documentary The Staircase, has passed away at the age of 57.

According to The News & Observer, Black was found dead at her home in Durham, North Carolina over the weekend. The incident is not being treated as suspicious at this time.

Black was a mother of two daughters and had previously run unsuccessfully for a seat on the Durham County District Court bench.

She was a member of the prosecution team featured in The Staircase who secured the initial murder conviction of Michael Peterson over the death of his wife Kathleen. 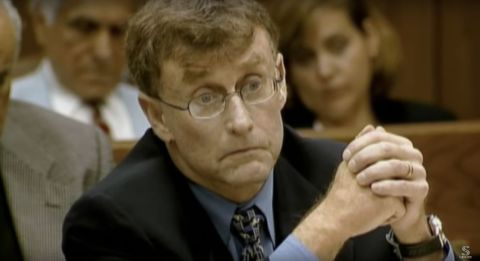 Superior court judge Jim Hardin shared a few words in response to Black’s passing, saying: “Freda was an incredible person in so many ways.”

He labelled her “absolutely fearless” in the courtroom and recalled that she had a way of talking to victims and their family members with “incredible empathy and understanding”.

NC Rep Marcia Morey, who worked as an assistant district attorney in the early ’90s alongside Black, noted: “She was whip smart and all business. In the courtroom, Freda was no nonsense.”

The Staircase is available to watch now on Netflix.