‘I am telling you that it’s overestimated that everybody falls in true love.’
‘It happens very rarely when two people really fall in love.’
‘And if that happens, the last thing that should be on anybody’s mind is religion, gender, caste, colour and creed.’
‘None of that should be relevant. It should be all about just two human beings.’ 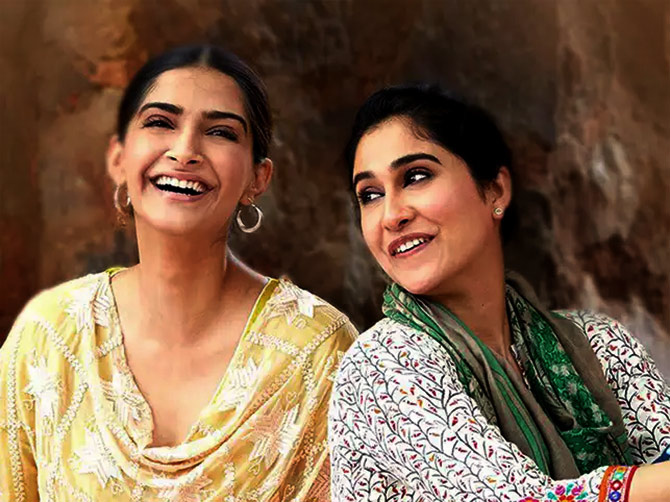 Shelly Chopra is happy that her first film Ek Ladki Ko Dekha Toh Aisa Laga, which landed in theatres on February 1, has received largely positive reactions from critics and audiences.

Produced by her brother Vidhu Vinod Chopra, ELKDTAL is the most mainstream film touching upon the hush-hush topic of homosexuality, and unique in a film industry that, in particular, rarely makes movies on two women in love.

“I will not say or do anything that is detrimental for society in any of my films,” Dhar tells Rediff.com Contributor Mohnish Singh.

From critics to audiences, everyone is raving about your film.

I am so happy. It feels so amazing when your storytelling gets validated, when people actually understand your story in a way that you planned for them to understand.

I wanted them to know it’s a family story. I really wanted them to see it from that point of view. It is about love and not about these walls that we build in between love.

I am telling you that it’s overestimated that everybody falls in true love.

It happens very rarely when two people really fall in love and if that happens, the last thing that should be on anybody’s mind is religion, gender, caste, colour and creed.

None of that should be relevant. It should be all about just two human beings.

Making an ensemble film is not easy. Did you face any roadblocks while putting together a project as huge as Ek Ladki Ko Dekha Toh Aisa Laga?

I did not face many roadblocks, to be honest with you, because the entire cast and the entire team were onboard with this subject. So, there were no issues in terms of moving ahead with the script.

If there were any roadblocks, they were like just the regular film shoot ones. Besides that, there was nothing at all.

At one point in time, a little bit of our shoot did get delayed, because when we were shooting in Punjab, Srideviji had passed away, which was very unfortunate. So, we had to sort of take a little break.

So, probably the biggest hardship that I might have faced was just to make sure that I get all my actors together, because they all are so big — Raj, Juhi and Sonam. What made you pick an LGBTQ themed subject to make your directorial debut with?

It’s a subject that is very close to my heart. I have always felt that in Indian cinema, it has not been showcased in the right spirit.

It has either been shown in a very derogatory fashion or in a comic relief way.

When people go to see those films, they learn from what the characters are doing. They also come out and laugh. They think these (LGBTQ) are people to be laughed at.

I really wanted to make a film which was full of love and entertainment and light, which is not preachy and does not put anybody down, but present them in this light that they need to be presented in. So, I tried to do that.

Your film brings Anil Kapoor and Juhi Chawla together after more than a decade. How did their casting happen?

Fortunately, they both liked the script.

Casting was very, very, important for me. Besides the main four characters, I auditioned everybody. I cannot tell you how many people I auditioned for each role.

Everybody who has even one dialogue in the film has come through auditions. I auditioned many people for each and every role.

Who was the funniest person on the sets? Was it Anil Kapoor?

He listened to me hundred percent. If I said anything, he followed it. He knew his dialogues and he is perfect. He makes it easy for you because he is there all the time.

He is very, very, professional. He is a very fun loving man and a very happy person, which is very good. He always brings very positive energy to the set.

Where did this beautiful story germinate from?
Did you have it in your mind from the very beginning or did you start working on it when Gazal Dhaliwal came into your life?

Gazal and I worked together before. This is not the first time we have been working together. I have known her for the last six, seven years. We had already worked on a few scripts before.

We always knew we were going to work on this subject. I just did not know that it would be my first film.

This was not something new that came to me from her or vice versa; we knew this was what we had to do.

And then we sat together and worked on the story. We worked on it together.

How did you come up with the title of the film?

We said it was too long. But he said if you want to keep it, use the entire line, not just half. So, that’s how the whole title happened. 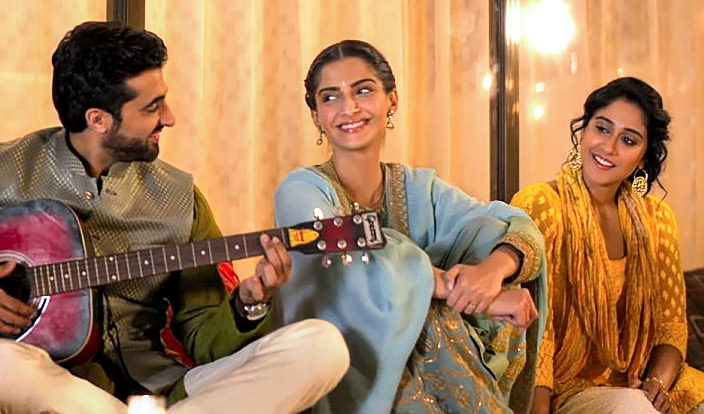 After making your directorial debut with a social, issue-based, film, what genre would you like to explore next?

I don’t know. But it will definitely be entertaining. It will be fun. People should have a good time seeing it.

I do think that the position of a film-maker is very responsible. Whatever it is that you show to people, you should always remember that there will be people who might follow it. Many people won’t, which is fine. But even if ten people take something home from that film, it better be good.

So, I’ll definitely be doing something which if does not help many, at least a few. I will not say or do anything that is detrimental for society in any of my films. 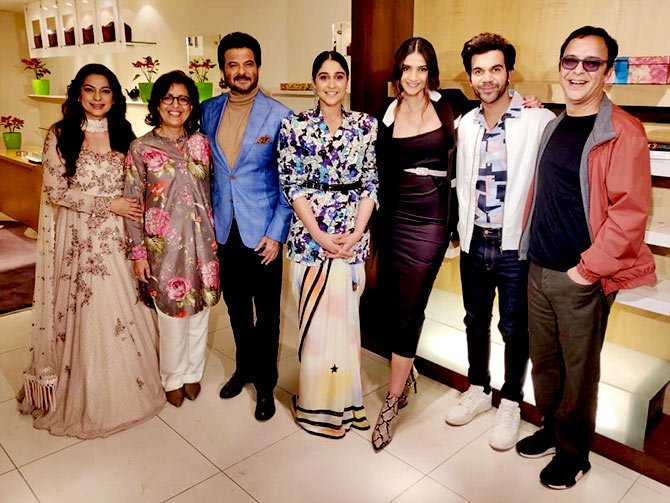 Who are the actors that you want to work with next?

My gosh, there are such good actors in the industry, especially these days! I like so many of them. They are really good.

Amongst the guys, I love Ranbir Kapoor. I also like Ranveer (Singh). I think he is an awesome actor.

How was it to work with him?

He is really awesome. Besides being a thorough professional, he just gets into the skin of the character. He naturally becomes the character. 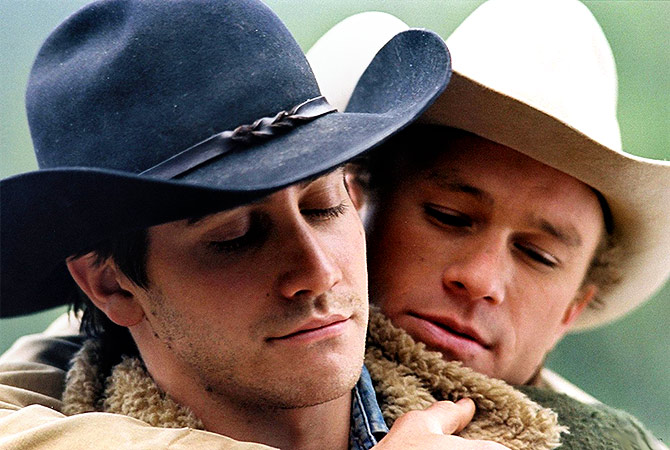 What are your favourite LGBTQ themed movies?

I have loved Birdcage. It’s such an awesome film. It’s so funny and so emotional. A very beautiful film!

I have also enjoyed Brokeback Mountain. It is also very beautifully done. It is the film from where I learnt that locations are very important for the emotions to come through.

That film was my inspiration behind choosing real locations in my own movie. I used the calmness of the gurdwara when Sweety (Sonam Kapoor) is talking about her truth and sharing her life. I did not do it in a cafeteria; I wanted to do it like that. Locations are really very important. 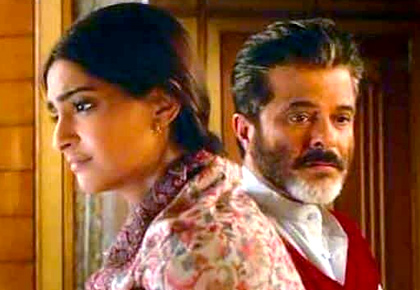 Reserve police to be deployed at cluster areas, 5000 NSS and NCC volunteers to assist

Do not tolerate breach of ban on religious congregations: HC
Celebrity News

There’s An Exciting Update About the ‘Lizzie McGuire’ Reboot!