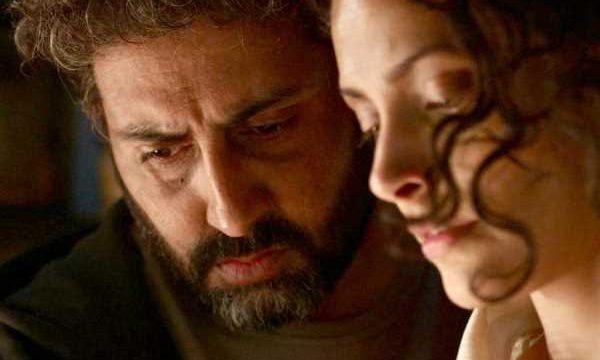 ‘Chup is the work that I’m most satisfied with; it won’t bore me or make me cringe later.’

Chup: Revenge Of The Artist Director R Balki feels that “most critics don’t know the difference between a good and bad film.”

Still, Balki admits to Rediff.com Senior Contributor Roshmila Bhattacharya, “I don’t like watching my films because I cringe when I see the mistakes I made.”

Your next film, Ghoomar, created a buzz as soon as it was announced perhaps because it brought back fond memories of your last collaboration with Abhishek Bachchan, Paa. Did that put any extra pressure on the two of you?

No. We work like friends, and I’m very clear about the economics of a film I make.

I’m not worried about how much it makes.

I just don’t want anybody to lose money on it.

I won’t compromise for lack of money, but I plan the film in a way that it is commercially viable.

This is not just another film on sport, it talks about resilience and determination, and is inspired by the true-life success story of Hungarian shooter Karoly Takacs, who, after a serious injury, switched from shooting with the right hand to the left and went on to win two Olympic gold medals.

I pride myself on being the biggest cricket fan in a country of 1 billion fans.

If there’s anything I love more than films, it’s cricket.

But for me, it wasn’t about borrowing from the game and making another sports film.

I wanted to give something back to cricket that it has never seen before and surprise a fan of the sport like me.

Yes, the idea came from the Hungarian shooter you mention, but that’s about it.

Yes, it talks about the never-say-die spirit, but fundamentally, Ghoomar is a fictional story that talks about reinventing yourself when you are down and out.

It’s about this invention which I researched to see if it can be done with great skill.

The moment I was convinced it was a possibility, I was like, ‘Let’s do it!’

Each one of your films has tapped a novel, never-seen-before, idea. When you look back on them, is there one that you would make differently today?

(Laughs) All of them.

I’m embarrassed about all my films.

I don’t like watching them because I cringe when I see the mistakes I made.

I would like to re-do every one of them if I get a chance.

I used to feel the same way about advertising too (Balki was a well-known advertising personality before he turned film-maker).

But surely, there must be one film that you like despite all the things you don’t like about it?

(Thoughtfully) Actually, Chup. I don’t think I could make this film any better.

It’s not a film I am ashamed of. Three-four years down the line, I don’t think I will be saying, I could have made it differently.

It’s the work that I’m most satisfied with; it won’t bore me or make me cringe later. Everyone’s talking about Sunny Deol’s salt-and-pepper look and mature performance. The actor himself says he did the film only for you. What made you think of Sunny for the role of IG Arvind Mathur and what was the first meeting like?

I just went across and narrated the story to him.

And he narrated the film back to me in five minutes.

He gave me a scene-by-scene recital, then told me he was checking to see if he had understood the plot.

What about Dulquer Salmaan?

I narrated the film to Dulquer on a Zoom call during the lockdown.

For me, he was the obvious choice because he is such a wonderful performer, and a modern one.

He can’t ham to save his life. Everything about him is so understated.

Most people think that a murderer needs to look gruesome, make faces, but I know I wouldn’t change my expression when killing someone.

Yes, to not be a maniac when you are one is really difficult.

Acting maniacal is not acting. Weren’t you worried about viewers revealing the twist in the plot in this era of social media and spoiling the mystery for others?

No, it didn’t bother me at all.

This is not a who-dun-it, it is a why-dun-it film.

Have you ever wanted to kill anyone? Critics maybe?

(Laughs) Not one or two, but many.

The stupidity of the language being used…

The callousness with which they pass judgements…

I hate people who think they know it all.

It’s not about whether they like a film or not, it’s the way they say what they have to say.

After college, you had applied to the Chennai Film Institute for a course in direction but walked out because you did not like the panel interviewing you and enrolled for the just started Masters in Computer Application course at the Guindy College of Engineering instead. What made you angry?

I wasn’t angry, it was just that they were asking too many theoretical questions, like who is the director of this film and the actor of that.

I’m not an encyclopedia, in fact, I have a bad memory.

Anyway, film-making is not about knowing the biographies of every film-maker in the universe. It’s about telling a story beautifully.

I like to watch films, and now, know their history too, but I didn’t think I needed to study this as part of a curriculum.

Maybe I was wrong, but the way they asked questions, I felt they wanted an affidavit from me and cinema, for me, is not an affidavit giving exercise.

I came into cinema to paint a world I wished for rather than a world that is there. 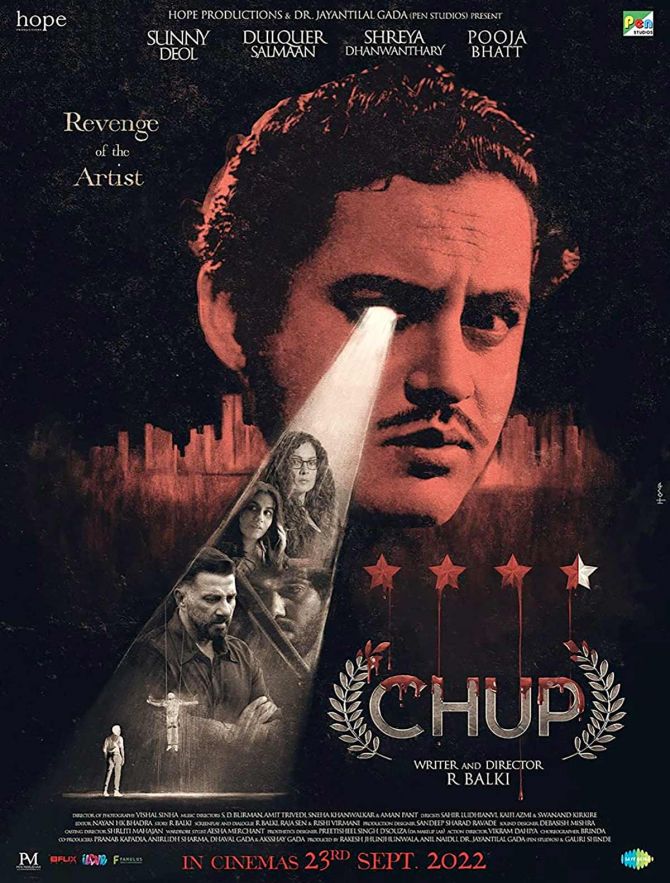 Obviously, Guru Dutt has been a huge inspiration as is evident in Chup. What is the first Guru Dutt film you watched?

I think it was Pyaasa. I saw it when I was 14-15 years, then revisited it five times during the lockdown.

I was inspired by the purity of his film-making… The sensitivity and sensibility of the film-maker.

The craft is unparalleled, and so also the thought.

I’m so glad she came for the first show of Chup.It was such an honour.

What was her reaction to the film?

She enjoyed it and told me some wonderful things. But I didn’t hear a word she spoke because I was so over-awed.

What was it like to see and hear Pyaasa‘s evergreen Yeh Duniya Agar Mil Bhi Jaye To Kya Hai and Jaane Kya Tu Ne Kaha or CID‘s Yeh Hai Bombay Meri Jaan or Aar Paar‘s Babuji Dheere Chalna among others in your film?

It was an ethereal experience!

It was so beautiful when I was cutting Chup and we were incorporating these songs. 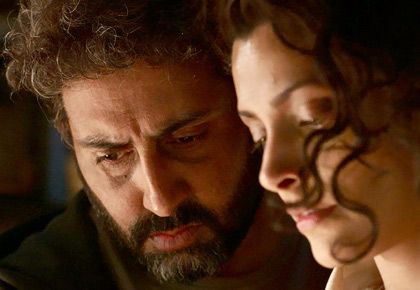