Anjali Ameer on Peranbu, besides how it feels to be the first transsexual, perhaps, to play a female lead in Indian cinema. 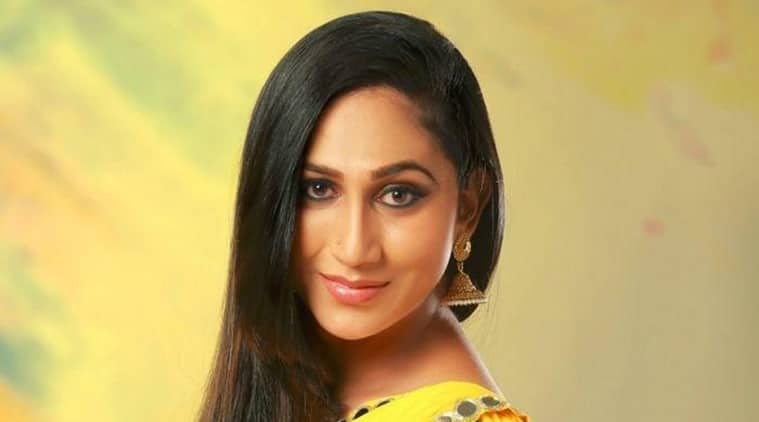 Kerala-based model-turned-actor Anjali Ameer prefers to be recognised only as an actor and a woman (In that specific order). She doesn’t like when journalists ask about the experiences of being a ‘successful transgender person’. “Only the society labels I am transsexual—this and that. But I am convinced of my identity as a woman. I enjoy wearing makeup, saris and malli poo. I am not comfortable with any of those tags. We don’t call a reporter—‘male journalist’ or ‘female journalist’, after all,” she smiles. I nod approvingly.

Anjali was born as Jamsheer into an Orthodox Muslim family in Kerala. “I knew I wanted to be a girl since childhood. Back then, I attended school with kohl-lined eyes and long hair. At 15, I was in a relationship with a boy and my family wasn’t accepting. I was ostracised. I ran away from my home because I had no other option. That day I started to fight the stigma and till this date, it continues,” she shares.

There’s innocence in the way Anjali speaks. “It wasn’t easy for me to participate in fashion shows. Often, I’d think if others would question my identity. It has been a life full of struggle with acceptance. Then I would tell myself—‘I want to achieve something and my sexuality shouldn’t be an impediment’. I realised I had to be patient in order to get an opportunity in films. That’s when Peranbu happened. I am indebted to Mammukka for this break because he was the one to recommend me to director Ram,” she says.

Anjali vividly remembers the day she got a call from Ram. “To be honest, in the beginning, I thought someone was playing a prank. It was unbelievable, yet the most memorable moment as my biggest dream was to act, at least, in one film in this lifetime. It so happened to be with my favourite Mammukka. I couldn’t contain the excitement because, in general, transpersons aren’t cast in ‘dignified’ emotional roles. This, I hope, reflects how things have changed,” she adds.

She thinks Ram is a trendsetter. “Until I met Ram sir, I had no idea about his prestigious body of work. I was familiar with ‘Ananda Yaazhai’ from Thanga Meengal but didn’t know it was his film. Eventually, someone suggested that I watch Kattradhu Tamizh. I was mindblown. Moreover, how many filmmakers think of a transgender protagonist when they write stories?” beams Anjali.

How did she find Ram to work with? “First when I met him, he appeared rigid. But I knew I was in good hands. He is an amazing teacher that any actor could ask for. I learned how to cry without using glycerine. After acting under his direction, I became more serious about cinema,” Anjali says. What does she think of her character Meera in Peranbu? “I play the role of Mammukka’s wife and what more can I expect? It’s one of the beautiful roles written in the history of Tamil cinema,” she gushes.

Anjali couldn’t stop talking about the Superstar of Malayalam cinema. “I don’t think I am close to even 10 per cent of Mammukka’s talent. He is brilliant on screen.”

Was Anjali able to relate herself with Meera? “Absolutely not. Meera is a mature person unlike me. She is dainty. I am short-tempered and I have anger issues,” she grins.

What was the most challenging sequence that she shot for Peranbu? “The climax portions. It was shot on the beach, and I am scared of the sea,” pat comes the answer.

From working at a beauty parlour, graduating in social work, modelling and to being featured on the cover of women’s magazines in Kerala and television shows, Anjali says she has seen them all. “Though my ‘big screen’ dream is realised, I have got a long way to go. I know the reality. It’s harsh. I know of transgenders who are being mocked, groped and harassed. Nothing much has changed though we all pretend to be progressive. I still don’t understand why someone is questioned over the choices they make in life,” she rues.

As the conversation progresses, I compliment her for speaking Tamil quite fluently. Anjali laughs, “If only I had the same flow while facing the camera!”

Talking about the kinds of films she likes, Anjali says she is a huge fan of Chitrangada: The Crowning Wish, directed by Rituparno Ghosh.

Anjali watches Tamil films, too. “I am old-fashioned and I like love stories. In particular, the ones that were released around the 80s,” she adds, citing Ek Duuje Ke Liye, Azhagan, Gopurangal Saivathillai and Rettai Vaal Kuruvi as examples. Quickly, she admits she is an ardent fan of actor Mohan. “I would have watched most of his films—but don’t remember the names!”

What’s the most heartfelt compliment Anjali has received so far? “I might look myself in the mirror 108 times knowing I am beautiful. But when I hear that from someone, it’s a new feeling,” she chuckles.

Before signing off, Anjali has an appeal to filmmakers. “Accepting us into the mainstream cinema isn’t a favour, it’s our right!”