Vir Das attended the International Emmy Awards 2021 in New York. His Netflix special was nominated in the comedy category at the prestigious ceremony. 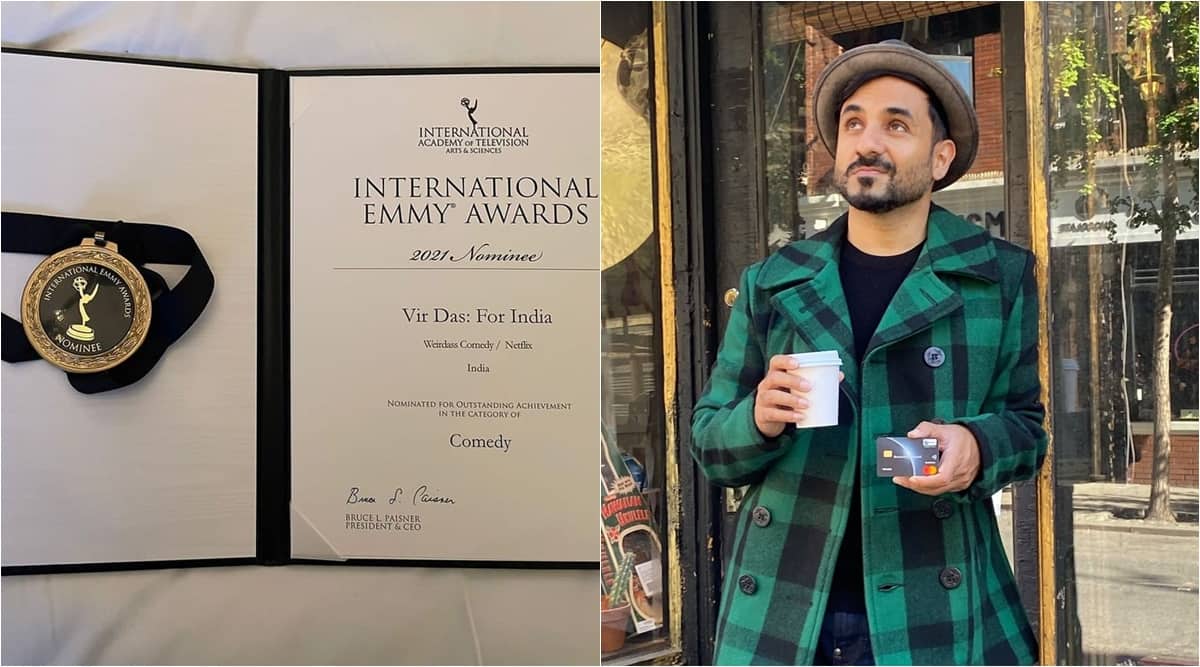 The 49th International Emmy Awards were held in New York on Monday and honoured some of the best artists and shows from all across the world. India had scored three nominations, but none of the nominees ended up winning at the prestigious award function.

Comedian Vir Das, who was present at the ceremony, was nominated in the Comedy section for his Netflix special Vir Das: For India. The award was won by the French series Call My Agent! – Season 4. Vir tweeted from the event, “I was nominated for best comedy at the International Emmy Awards, for jokes. Call My Agent, a beautiful show I love won. But I got this medal, and ate this fantastic salad. It was an honour to represent my country. Thanks so much to the @iemmys.”

Aarya is all set to return with its second season soon. Talking about it, director Ram Madhvani said in a statement, “The love and appreciation we got post the release of the first season was heartwarming and it made us want to create the second season with all the more love and labour. The show’s nomination in the Best Drama category at the International Emmy Awards reaffirms our faith in the story we set out to tell. I am thrilled to take fans of the show on the next step of Aarya’s journey. She faces challenges every step of the way as she is forced to walk a fine line between keeping her family alive and seeking revenge.”