Janhvi Kapoor says that she would love to play veteran actors Meena Kumari or Madhubala if the opportunity presents itself. The young actor will be making her debut in upcoming film Dhadak alongside Ishaan Khatter.

Janhvi Kapoor, who is all set to make her Bollywood debut with Shashank Khaitan’s Dhadak, on Friday said she would love to play veteran actors Meena Kumari or Madhubala if the opportunity comes.

“I read about her (Meena Kumari) life once. Or Madhubala, as I think their stories are riveting.

“I am a huge fan of their work and have always tried to pick up from their work. So if I get an opportunity (to play them), I would be very happy,” Janhvi told reporters on the sidelines of her film promotion.

Janhvi’s co-star Ishaan Khatter, acting in his second film, kept his options open about doing a biopic in future.

“I don’t think I can decide that myself. If the director sees a potential in me, I will be happy to do any part unless I feel I look completely different from the character in question.”

Dhadak is an official adaptation of Marathi blockbuster film Sairat. 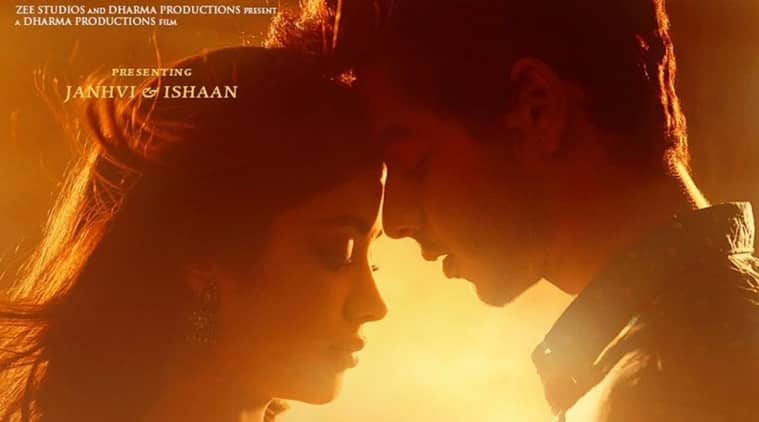 Asked if both budding actors felt pressurised by the challenge of matching up to Sairat, Janhvi said: “I watched Sairat before even shooting for this film and I loved it.

“During the shoot, we did not think about the film, we were more into our film. We tried to tell the same story from a different perspective. Our setting is different and both characters are vastly different. So we take the pressure as responsibility as we want to give Sairat the respect it deserves.”

Ishaan, whose debut film was Beyond The Clouds by Majid Majidi, added that they were always ready to accept the challenge of re-making Sairat.

“We were happy to take up the challenge. We knew there would be comparisons. But we never took it in a negative manner. It was more important to us that we tell the story in our own way. This is a story that deserves to be told to our country. That was the main focus,” the 22-year-old added.

Dhadak is a romantic drama directed by Shashank of Humpty Sharma Ki Dulhaniya and Badrinath Ki Dulhaniya fame. It is based on the 2016 Marathi language film Sairat. It is scheduled to be released on July 20.